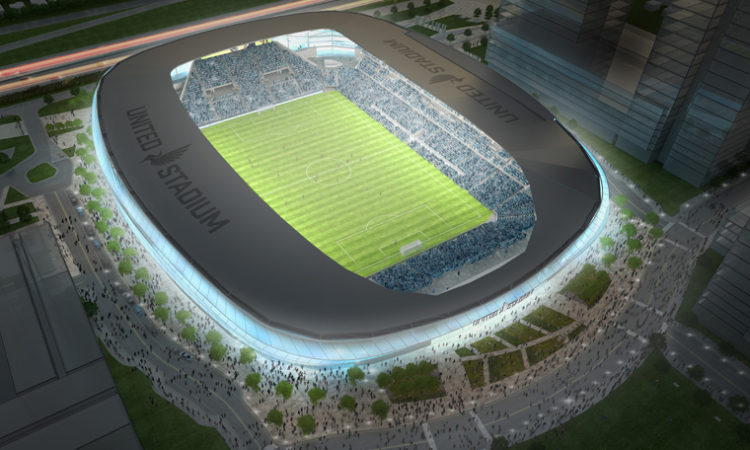 If confirmed, the German insurance company will own naming rights to seven stadiums on four continents.
March 13, 2017

The state’s major league soccer club Minnesota United FC has nailed down a stadium sponsor for its new arena, which is expected to open in St. Paul next year.

Allianz, a German insurance company that maintains its American headquarters in Golden Valley, secured the naming rights, according to FiftyFive.One, a Minnesota United-focused soccer blog.

Though FiftyFive.One confirmed the rumor with two anonymous sources, no details on what the final name of the stadium would be have emerged. Separate reporting by Minnesota United fan site E Plurbus Loonum suggested the name could be Allianz Field.

The stadium naming-rights deal would be the second that the new team has struck with a major corporation. In January, Target announced they would be a major sponsor of the team and be featured on its jerseys.