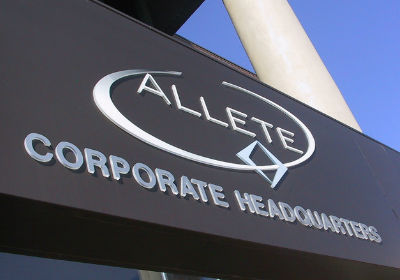 The transaction is expected to help the company focus on its clean energy subsidiary launched in 2011.
February 06, 2015

Pending regulatory approval, Allete will first buy 87 percent of U.S. Water for $168 million and later purchase the remaining interest for a contingent amount based on the business’ future earnings. A company spokeswoman said the transaction is estimated to close within the next two weeks. Allete will finance the deal with a combination of cash, equity raised from existing programs and temporary short-term debt.

U.S. Water serves more than 3,600 industrial customers around the country, including several Fortune 500 companies. The firm combines chemical, equipment, engineering and service to help businesses reduce water and energy usage. Biofuels, power generation and midstream oil and gas are among the industries U.S. Water serves. U.S. Water’s management team and its St. Michael headquarters is expected to remain in place. An Allete spokeswoman said U.S. Water's 380-employee headcount may continue to grow alongside the company.

“Water and energy are intricately linked, and attention to that nexus is increasing,” Allete President and CEO Al Hodnik said in a statement. Citing worldwide water scarcity trends, Allete said it believes the demand for sustainable water management practices will increase over time as some of the largest users of water seek to enhance efficiency—and their bottom line—in the process.

With the acquisition, Allete said it will focus its infrastructure and related service efforts on growing its Clean Energy business—a subsidiary it launched in 2011—and on U.S. Water.

U.S. Water generated roughly $120 million in revenue during 2014, and Allete said it projects future revenue growth of 10 to 15 percent annually. Allete said it expects the deal to provide long-term earnings growth, though it did not specify figures, and said it would have no material impact on 2015 earnings per share.

Allete employs roughly 1,581 people and is one of the state’s largest public companies with more than $1 billion in revenue reported for its most recent fiscal year, in 2013. The company will report 2014 results in April.