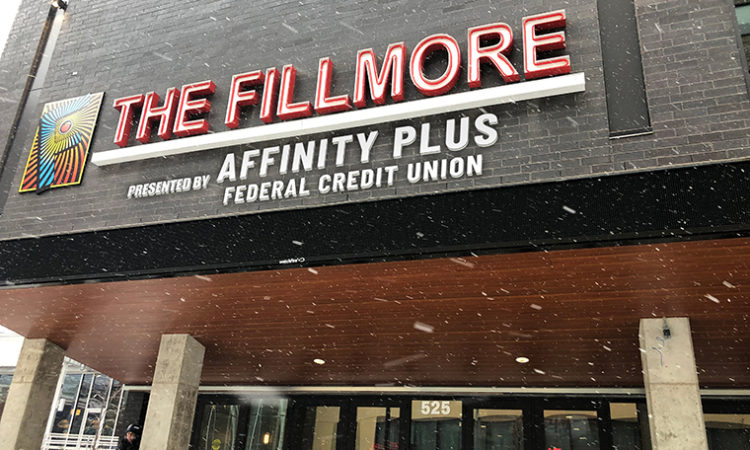 Affinity Plus Credit Union Secures Sponsorship Agreement at The Fillmore

The St. Paul-based credit union has locked down a seven-year sponsorship agreement with the new concert venue.
By Dan Niepow
February 05, 2020

St. Paul-based Affinity Plus Federal Credit Union has added its name to The Fillmore’s marquee. On Wednesday, the credit union announced that it has secured a seven-year sponsorship agreement with The Fillmore Minneapolis, the new concert venue slated to open in the North Loop next week.

As part of the agreement, the venue’s official name will change to “The Fillmore Presented by Affinity Plus Federal Credit Union.” The credit union’s name also will be stamped on everything from tickets to social media posts, said Joel Swanson II, VP of marketing at Affinity Plus. The credit union will have a few ATMs inside, too.

“It’s not just about our name on the building,” he said. “It’s about brand association. We want audiences to associate us with live music.”

Swanson declined to share the financial value of the agreement.

This year, Affinity also plans to give out $10,000 in scholarships for students studying music, performance, or hospitality. The credit union will administer the money through Live Nation’s foundation, Swanson said. In addition, the credit union will have ticket giveaways throughout the year.

The Fillmore, which is slated to open Feb. 12 with a three-night concert with folk-rock singer Brandi Carlile, has capacity for 1,850 people, which puts it on par with First Avenue.