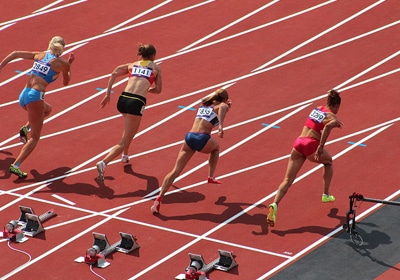 “The notion that we can’t tweet or do a social post congratulating a Minnesota athlete…was too much to take,” the company’s co-owner said.
August 14, 2016

After the U.S. Olympic Committee warned companies against using social media to promote American athletes at Rio, an unlikely opponent took a stand against what it claims is a case of “trademark bullying.”

Zerorez Minnesota, a franchised carpet cleaning business based out of St. Louis Park, told Twin Cities Business on Thursday that it plans to sue the USOC.

“We have an attorney who is, on our behalf, looking for clarification on what seems like a great overreach,” said Michael Kaplan, co-owner of the business. “This isn’t a commercial thing, this is a patriotic thing.”

During the later half of July, the USOC sent cease and desist letters to businesses that, according to ESPN, stated, ”commercial entities may not post about the Trials or Games on their corporate social media accounts.”

Although many of those businesses were sponsoring the athletes they posted about, the USOC claimed the businesses also needed to be sponsors of either the USOC or International Olympic Committee. Because the USOC owns the trademarks to “Olympics,” “Olympian” and other similar words and phrases, the USOC said these companies were stealing intellectual property.

“This restriction includes the use of USOC’s trademarks in hashtags,” the letter continued, “such as #Rio2016 or #TeamUSA.”

With its recent suit, Zerorez Minnesota—which is part of a franchise brand headquartered in Draper, Utah—is in a race against the clock. With the opening ceremony on Friday, the company has little time to reach an outcome before the first starting pistol is fired.

“The timing is challenging,” Kaplan said. “We wish we had moved sooner, but to get clarity about what the next steps are in a legal decision, it takes time.”

If Zerorez Minnesota cannot make an impact on the USOC’s policy before the Olympic games end, Kaplan hopes the company’s suit will at least shape how major sports bodies handle this issue on a domestic level.

“The real concern—I mean, Olympics are part of it—but if you take this down the slippery slope will it be the case that we can’t talk about the Twins in the World Series?” he said. “We’re not trying to have brand alignment or be a corporate sponsor. We’re just trying to be patriotic and talk about sports.”