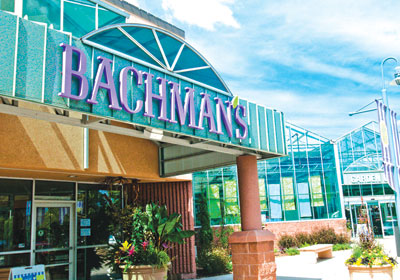 Like a tiny ecosystem, a handful of garden centers have settled along the southern edge of Minneapolis, seeded by the longtime presence of Bachman’s and Wagner’s Garden Center. They include Klier’s, Uncommon Gardens, 44th Street Nursery and Flower Shop, and relative newcomer Tangletown Gardens.

With approximately $3 million in annual sales, Tangletown has managed to generate buzz, thanks to a fashionable spread of merchandise and media attention. Scott Endres, co-owner, isn’t shy about his symbiotic relationship with his biggest competitor: “Bachman’s spends a lot of [marketing] money bringing people to South Minneapolis,” says Endres.

Privately held Bachman’s declined to share any sales metrics, but did share its take on neighbors such as Tangletown. “We don’t look at them in a competitive sense,” says marketing and advertising manager Sarah Pitts. As a family-owned company, Bachman’s likes seeing so many locally owned businesses in the area—but “you’re not going to get a full patio set from Tangletown.”