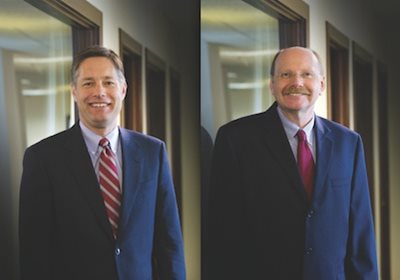 Twin Cities Business recently reported on Mairs & Power’s Small Cap Fund, which launched in August 2011 and was king of its category last year, with a total return of 30.6 percent.

On Monday, Henneman and Kaliebe replaced William Frels, the former lead manager of both the firm’s Growth Fund and Balanced Fund. Frels is preparing to retire at the end of 2014.

“[Frels] has worked effectively with both Mark and Ron for several years and the funds will benefit as that close working relationship continues during this planned management transition,” Mairs & Power CEO and President Jon Theobald said in a statement.

Mairs & Power is independent and employee-owned, handling mutual funds and individually managed portfolios. The firm employs 32, including nine investment professionals. It has for years been quietly outperforming the competition by picking solid Midwestern companies like 3M and Medtronic, and holding onto them, sometimes for decades.