Inc. magazine included eight Minnesota-based companies on its recent list of the 500 fastest-growing privately held U.S. companies based on revenue growth over a three-year period.
August 30, 2013 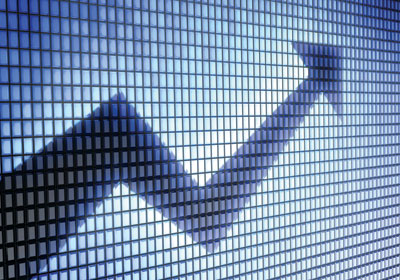 Eight Minnesota-based companies are among the nation’s 500 fastest-growing privately held businesses, according to a recent Inc. magazine list.

Only U.S. companies that are independent (not a subsidiary or a division of another company) are eligible for the annual “Inc. 500” list. To be considered, companies must have begun generating revenue by March 31, 2009, must have reported no less than $100,000 in 2009 and no less than $2 million in 2012, and must have had 2012 sales exceeding their 2009 revenue. The final list is ranked based on each company’s three-year revenue growth rate.

Minneapolis-based Field Nation, a networking website that connects employers with individual work contractors around the world, ranked 43rd on Inc. magazine’s list. The organization reported $27.7 million in 2012 revenue, with a three-year growth rate of 6,031 percent. Founded in 2008, the organization employs 15, according to the magazine. In April, Field Nation founder Mynul Khan told Twin Cities Business about the company’s origin and its operations; click here for the story.

STAR Collaborative, a Plymouth-based professional services staffing firm, ranked 137th on the list. The firm was founded in 2009 and grew its revenue at a rate of 2,696 percent from 2009 to 2012, reporting $14 million in 2012 revenue. According to Inc., the firm employs five.

Coming in just behind STAR Collaborative at 138th is All Around Property Preservation. According to the magazine, the Medina-based residential contractor employs 15 and offers roofing, renovation, and property preservation services to customers throughout the Midwest. Founded in 2008, the construction company reported $10.8 million in 2012 revenue—a three-year increase of 2,687 percent.

Plymouth-based GarbageMan, A Green Company came in at 208th on Inc.’s list of the 500 fastest-growing private companies. The garbage collection and disposal company reported a three-year growth rate of 2,018 percent, with $8.9 million in 2012 revenue. Last year, the company ranked 71st on Inc.’s list. Founded in 2006, GarbageMan employs 49, the magazine said.

With a three-year revenue growth rate of 1,243 percent, Fitness On Request, Inc., came in at 353th. The Maple Grove-based business developed software that allows more than 1,000 fitness facilities to build marketing campaigns and track overall class attendance and participation. It reported $3.9 million in revenue for 2012. Founded in 2008, Fitness On Request employs 29.

Maple Grove-based Channel Partners, LLC, a company that provides short-term capital loans and cash advances to small businesses, ranked 390th on Inc.’s list. Channel Partners reported $2.2 million in 2012 revenue, with a three-year growth rate of 1,137 percent. Founded in 2009, the company employs 12, according to the magazine.

Fuhu, Inc., an electronics-for-kids manufacturer based in El Segundo, California, came in first on the list with a three-year growth rate of 42,148 percent. Erlanger, Kentucky-based IT solutions provider Emerge Technologies came in second with a 32,524 percent growth rate, and Dumfries, Virginia-based government events planner FederalConference.com came in third with a 24,831 percent growth rate.

In addition to the eight Minnesota companies that made the “Inc. 500” list, more local businesses appear on the larger “Inc. 5,000” list, which includes the 5,000 largest private companies in the United States. To view the full list, click here.