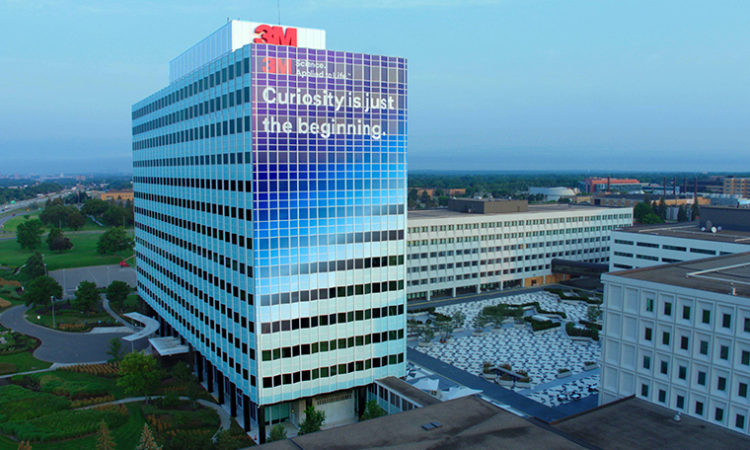 3M Looks to Tell, Not Sell

At its upcoming PGA Tour stop, 3M hopes to boost the ‘experiential’ factor for guests—and its own brand reputation.
By Dan Niepow
May 30, 2019

Experience is everything for modern-day consumers, especially millennials. Nearly three-quarters of millennials would rather spend more money on experiences than physical things, according to a study by Harris Group.

Many companies are taking notice. (Take a stroll to your local Apple store to get a taste of “experiential retail.”)

The trend isn’t lost on 3M, which will host a PGA Tour stop in July. At the upcoming 3M Open, the company plans to showcase a range of technologies — everything from passive radiation cooling film to reflective materials and traditional adhesive products. The event will feature a mix of new and old products.

Unlike traditional trade shows, though, the focus this time will be on individualized experiences rather than hard sells.

“We are trying to take a different approach to showing the breadth of 3M — the 55,000 products we have and the way that those impact lives around the globe,” says Collin Hummel, senior event and sponsorship manager at 3M.

The passive radiation cooling film, for instance, will be implemented at a tent to help guests stay cool. The technology is designed to reduce the amount of energy needed to cool a tent, Hummel says.

If the company can give guests a unique experience, it can boost its overall brand reputation, 3M execs believe. Even more so if guests share those experiences on social media.

To that end, 3M will allow folks to bring in cameras and take selfies at the event—something that hasn’t always been permitted at similar high-stakes golf events. The goal here is to take advantage of a common millennial angst: FOMO, fear of missing out.

Charitable donations also will play a big part in 3M's overarching strategy to appeal to millennials. The company has pledged to donate $3 to its charity partners for every social media post tagged with “#GolfThatMatters.”

The company's charity partners include the U of M's Masonic Children's Hospital, the Science Museum of Minnesota, and the National Park Foundation.

“Millennials … want to be part of a company or event that does good,” Hummel says. “This is golf tournament that matters, and that's really a unique point for us.”

To be sure, it’s not all about millennials. 3M aims to improve experiences for two other audience segments, as well: families and customers. All divisions of the company will be hosting customers at its hospitality tent, which overlooks the 18th green, Hummel says.

The company also will hold a “loudest drive” competition, which will measure the decibel readings of guests’ golf swings. Scores will be posted on a leaderboard so guests can compare, Hummel says. And, of course, there’s a 3M product tie-in: The competition will allow guests to play around with the company’s hearing protection products.

Hummel says 3M networked with past companies that hosted PGA Tour stops to nail down the best strategy for its own event. For instance, 3M took a cue from Waste Management’s PGA stop in Phoenix, which involved caddy races for guests.

“It’s integrating products into the experience,” says Hummel. “I don’t want people to walk away and say, ‘Yep, 3M is the Post-it note and ScotchBlue company.’ That’s great, and we’re proud of those, but we’re so much more. And this is a great way to show off that breadth.”

Slated to take place July 1-7, the 3M Open will see top golfers play at the TPC Twin Cities golf course in Blaine. The annual event will take place at the venue as part of a seven-year deal announced last year.