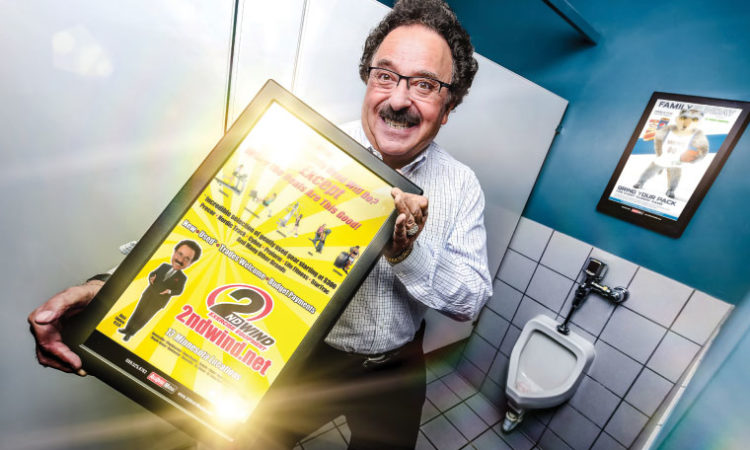 Dick Enrico is at it again.

The almost 80-year-old man best known as the founder of 2nd Wind Exercise Equipment stores and the phrase, “Why buy new when slightly used will do?” opened 2nd Shade Patio Furniture in Minnetonka on Monday.

2nd Shade, much like Enrico’s previous venture, offers new and used items for sale and rental. But instead of elliptical machines and NordicTracks, the store is stocked with tables, umbrellas, chairs and grills.

“At 2nd Shade, we believe everyone should experience luxury outdoor living and customizable designer patio sets, garden furniture and more – all made to enhance our beautiful Midwest environment,” the company’s website said.

The company is Enrico’s first venture since he left 2nd Wind late last year after selling it to Johnson Health Tech Co. Ltd., a Taiwanese fitness equipment maker that was one of 2nd Wind’s largest vendors. Leaving the company didn’t mean retirement, however. A serial entrepreneur by nature—he said he’s had more than 20 failed businesses—picking up and quitting wasn’t an option. He has a sign marketing company that he owns, and he’s involved in an organization that puts digital ads in restrooms.

Enrico told TCB last year that he had a retail concept in the works that he wasn’t ready to talk about. That concept appears to be 2nd Shade.

“[Enrico is] back in action again … Welcome aboard and buckle up for the ride!” the company’s website said.

The October 2016 issue of Twin Cities Business detailed how Enrico built 2nd Wind from a 1,200-square-foot store in St. Louis Park into the fitness retail empire that it is today, as well as the more than 20 businesses he founded before it that floundered.