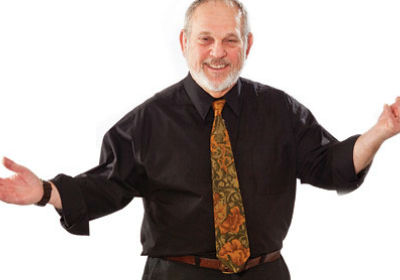 State Demographer Tom Gillaspy says Minnesota will have a major labor shortage 10 years from now. Only productivity gains will save the state's economy.
January 11, 2010

A labor shortage in Minnesota? C’mon, you say.

Headlines tell us it will be years before jobs lost in the recession return—and that many never will. Most experts say it will be 2013 or 2014 before unemployment regains its historical equilibrium at around 6 percent.

Tom Gillaspy, the state demographer for Minnesota for the past 30 years, doesn’t disagree. But he also wants us to wrap our minds around a larger, long-term problem: a looming labor shortage in Minnesota. By 2020, he says, the state will see its slowest rate of labor force growth ever. The implications will be far reaching and will touch every employer in the state. Gillaspy draws a parallel to Japan, where an aging and shrinking work force has contributed to two decades of recession.

Gillaspy, along with State Economist Tom Stinson, spoke on October 1 at the 14th annual Minnesota Development Conference, sponsored by the Minnesota Department of Employment and Economic Development. Charts accompanying this article were part of their presentation and paint a stark picture of the challenges ahead.

To overcome them, Gillaspy suggests we’ll have to overcome another trend: “We seem to be increasingly polarized. And not just politically, but regionally and socially and in many other respects. The people in the central cities have no clue as to what is going on in Greater Minnesota, and the people in Greater Minnesota have little clue about what is going in suburban Minnesota.”

Having grown up in Texas, done master’s and PhD studies in Pennsylvania, and lived for a time in California, Gillaspy has seen “three states that did not work,” he says. By contrast, Minnesota made a reputation—pushing several decades ago to develop its education system, labor force, and economy—as “the place that works.” Past efforts won’t offset the coming labor shortage, Gillaspy says, “but the good news is that, as a state, we know how to do this.”

SW: What’s most important to know about Minnesota’s population in 2020?

TG: We’ll all be 10 years older. May not sound like rocket science, but as a society we’re getting older. This is a new thing. Individuals have always gotten older. But it’s not normal for society, any society, to get older. This is a whole new concept.

TG: The critical issue is not longevity. That has only a marginal impact. The real issue is fertility. An average of 2.1 children per woman during her childbearing years is the replacement rate. Anything more than that will lead to a very young society. Anything less than that will result in aging. We’re on a track, long term, for population decline. Japan is already there. Japan’s labor force began to decline more than a decade ago. This is not just a Minnesota or national phenomenon. This is a worldwide phenomenon.

SW: Take us back a couple of decades.

TG: In the 1970s, we saw very high fertility rates in much of the world. The world was expanding very rapidly. People were worried that we would all be piled on top of each other like cord wood, and our combined body heat would ultimately melt the core of the earth. That’s not an exaggeration, there were people who talked like that.

SW: So Malthus was wrong?

TG: We’ve gone from one set of issues to another. Famous for writing An Essay on the Principle of Population, Thomas Malthus believed that there was a tendency for populations to expand to some kind of limit—that they would run out of resources and starve to death. The so-called Malthusian devil. But no society has actually come close to that outcome.

SW: Back to Minnesota, what surprises people about our state?

TG: The biggest surprise is that Minnesota is not an old state. We are not a young state. We are just about at the national average on age structure.

The other thing that surprises people is the history of the Minnesota economy. Some felt back in the ’80s that Minnesota’s economy was really awful, that we were a really poor and depressed state and would remain that way. But the facts are that Minnesota is an exceptionally prosperous place. It doesn’t get much better than Minnesota. In terms of education, health insurance, and income, we are way above average.

SW: What is the greatest risk to the good life in Minnesota?

TG: The greatest risk is that we forget where we came from. In the early ’50s, we were a below-average income state, a below-average education state. What we did as a state was push on education and we developed a world-class, world-renowned work force. We also created a place that people like to come to, even though it’s cold and out of the way. We were a state that worked.

You can live off of that reputation for a couple for decades. But we’re not making the strides that we used to. But the good news is that, as a state, we know how to do this.

There are only two ways to grow. Either you have to increase the number of people making stuff, or increase the amount of stuff that each person makes. We know that the first one—an increase in the number of workers—is shut off, so that leaves productivity. That doesn’t mean more hours. That doesn’t mean working more frantically. It means working smarter, with better machines and better infrastructure.

SW: If I’m a small businessman, what should I do in the face of the impending labor shortage?

TG: The focus of your attention should be on unit cost. What does it take to produce a unit of final product? That’s going to include a whole bunch of things: taxes, the implied costs of regulation, transportation costs. But the biggest cost is likely to be labor cost—direct paid wages and benefits. What does that wage buy you in terms of productivity? Simply paying someone less doesn’t mean that you’re going to get a better outcome. It’s about enlightened self-interest.

SW: What other implications does the change in Minnesota’s age distribution have?

TG: Older people will buy different things, will consume different amounts. For example, it tends to be younger people that are buying baby furniture and houses in the suburbs. So, these age changes have a tremendous impact on consumption patterns.

SW: You’ve said that longevity isn’t the critical factor that’s aging our work force, but what about the number of Minnesotans turning 62?

TG: People think of the number of Minnesotans turning 62 as a flat, very smooth process. However, there was a big demarcation in 2008 [about a 30 percent rise from 2007], which seemed to come as a big surprise to many. There is also an apt comparison to Japan. Our age structure in 2008 is very similar to Japan’s in 1988. At the beginning of this period for Japan, they had a housing collapse, a financial market collapse, and they began a two-decade-long recession, caused by an aging work force and a smaller work force.

SW: Isn’t the way out of this dilemma to import productive workers from other countries?

TG: The immigration component is going to be critical. But remember, every other state is facing the same aging situation we’re facing.

In 1990 in Minnesota, about 3 percent of the work force—across all age groups—was foreign born. But look at 2007 data: For younger workers in their 20s and 30s, there has been a tremendous increase in the number of foreign-born workers—nearly 20 percent, one in five. For older workers—the managers, the supervisors, the legislative leaders—their world may appear to be the same as in 1990. But it’s not. They’re making decisions about a work force that has radically changed, a work force they increasingly don’t understand.

SW: In your recent speech, you talked about the ‘New 3 Rs for Economic Success: Retention, Recruitment, and Retraining.’

TG: What we’re going to see by the end of the next decade, 2020, is the slowest rate of growth in the labor force we’ve ever experienced in Minnesota. Economic growth is really going to slow down unless we can pump up productivity growth.

Our data also include an assumption that the retirement age is going to increase—that people in their mid-60s will work longer—but perhaps not as much as we’ve hoped. People talk about retiring later, but the actual retirement dates haven’t moved much. Why? It has to do with health, the health of a spouse, or disability.

TG: If you look at the monthly data for the past year that describe when people are receiving their first Social Security check, there is a substantial increase over what was anticipated. More people are actually starting to retire. In part, these are people who lost their jobs or saw reduced hours in their jobs. They’re 62 or 63 and they have no choice.

SW: Elaborate on your ideas about job retention.

TG: Retention speaks to keeping our young people here. It also speaks to keeping older workers in the work force, rather than encouraging them to take early retirement. There are still some companies trying to get rid of their upper-end employees. But what they may be doing is shedding their most experienced, most productive workers, and they’re going to have a hard time finding replacements. That may sound like an odd thing to say right now, but once we come out of this recession, we’ll recoup most jobs within about two or so years. Plus, we’ll have a tremendous number of replacement jobs to fill. For example, as a state, we’re only training 2 percent new truck drivers. But before long, we’ll have to replace 25 percent of the drivers currently on the road.

TG: The place with the most talent wins! Think of it like a baseball game. The more talent you get, the stronger your economy will be for a long time. Keeping your talent, retaining your talent, developing your talent—we need to make sure that every young person in Minnesota achieves the highest level he or she can.

We also have to be able to recruit from other places in the world. We have to be able to bring people into our state. Talk to recruiters for major companies about what issues they face. It’s not just about recruiting for a particular job. When folks move halfway around the world, they want a nice place for their family to live, places where their kids can go to school, places where there are cultural opportunities, et cetera. We can’t offer warm beaches in January, but we can offer world-class sporting events, world-class live theater, and more.

TG: Not just training of our young people, but retraining of our incumbent work force. Because in 10 years, most of our workers will be people who already are working here. Keeping people trained to the highest level is one way for workers to remain sharp, to keep their edge.

This is not a normal time, for a whole host of reasons, largely related to the age structure of our society. Starting in 2008, we’ve entered a whole new world that economists and demographers have been referring to for decades as the future Age of Entitlements. We just entered that, and rapid growth in entitlements is under way. There will be lots more demands, as in health care, but with limited resources.

So, we need to rethink almost everything we’re doing. Almost every assumption we operate with right now is wrong. Everything we’ve known all of our lives as to how the world operates may be wrong.

SW: Sounds more than a little scary. Give us a reason to be optimistic.

TG: In this difficult environment, Minnesota can shine. Minnesota copes with these kinds of challenges really well. It doesn’t get any better than here.