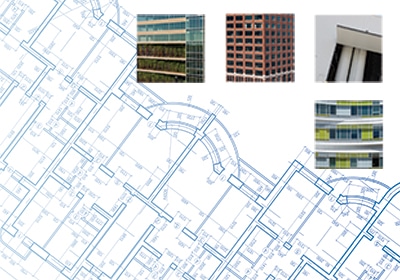 As Minnesota’s economy has gained traction, a number of distinctive commercial properties emerged on the Twin Cities landscape last year. A panel of 15 judges toured 28 properties in June as part of the NAIOP competition. NAIOP, long known as the National Association of Industrial and Office Properties, is honoring 13 projects that were nominated. The judges evaluated the buildings for site development, architectural integrity, interior design, integration into the community, market feasibility, and unique project challenges. The winning properties, announced in September, are profiled on the following pages.

NAIOP President’s Award Mark Reiling has been selected for the President’s Award, which goes to a person who has acted as a catalyst for the industry’s growth and provided service to NAIOP and the community.

He works for Investors Real Estate Trust, where he oversees a $2 billion real estate portfolio and is spearheading new apartment developments in the Twin Cities. Many people in the industry know Reiling for his 29-year career with Towle Real Estate and its successor companies.

Reiling learned the business at a young age. When his father was working as a commercial mortgage banker, Reiling started doing site inspections. He then moved on to a job with Citibank as a construction lender.

It wasn’t long before Reiling started Towle Properties, his own investment and syndication company. He later served as president of Towle Real Estate Company.

He served on NAIOP’s board and represented the organization in numerous capacities. He chaired the Downtown Council in St. Paul, and his board service has included the St. Paul Chamber of Commerce, Catholic Charities, and St. Thomas Academy.

This redevelopment project transformed the long-vacant Shinder’s building into offices, a restaurant and rooftop entertainment space. The design preserved the building’s integrity, which included reusing exterior limestone and cast terrazzo, and interior terrazzo floors and brick walls. This renovation at 8th and Hennepin is providing new office leasing and hospitality revenue for the downtown Minneapolis economy. In addition to featuring a retractable rooftop patio and bar, this building incorporates several energy-efficient elements.

This charter school for kindergarten through eighth-grade students was constructed on a tight four-month time frame. There are 27 classrooms in the 42,500-square-foot building, which allowed Aspen Academy to increase its capacity from 430 to 600 students. To enhance the learning environment for students, the design emphasizes high ceilings, natural light, and bright colors. In the center of the school is an open gymnasium, which can be combined with the cafeteria space to serve as a performing arts center.

This new construction project was tailored to accommodate growth within Beckhoff’s North American headquarters. It spotlights a unique building automation system. The building doesn’t have switches; the lighting, heating, cooling and window shades are all controlled through the building system that receives information from the roof’s weather station. The automation system follows the track of the sun, and adjustments are made to the shades and heating and cooling controls to ensure that the building operates as efficiently as possible. The building’s design allows all employees access to direct natural sunlight.

Located on former stockyard land in South St. Paul, this project site required extensive demolition and environmental remediation before redevelopment could occur. The building, which features precast wall panels, was designed to be used by office and warehouse tenants. After the recession, Interstate worked with CBRE to secure a lead tenant, which allowed Interstate to secure financing and begin construction. The business park reached an 85 percent occupancy level within a year of the building’s completion.

This facility is designed for the large-scale production of liquid natural gas tanks that can weigh up to 100 tons. Chart decided to make a major investment in this building to retain a leadership position in the cryogenic storage industry. As winter approached, the design team on this project addressed site, building layout, and structural challenges. The building needed to accommodate overhead cranes, paint, X-ray and blast booths, and bi-fold doors large enough to allow passage of a standard-size house.

Brick, glass, and metal accent panels were used in the construction of this two-story building, which includes a covered patient drop-off canopy. The medical center was built after 11 parcels were secured. Three were occupied homes, seven were commercial buildings acquired by Hennepin County, and the final parcel was a retail center that was in foreclosure. The center, the first Class A medical facility in Crystal in more than two decades, brings together multiple health care providers in one location.

Patient growth in North Branch prompted Fairview to construct a state-of-the-art clinic along Highway 95. The building features a two-tone brick on the exterior, and large windows provide natural light throughout waiting rooms and a physical therapy gym. To maximize the utility of the design, the main lobby provides access to the clinic, physical therapy area, eye clinic, pharmacy, and conference room that’s used for community gatherings.

This 10-story building in the North Loop of Minneapolis was constructed in 1912 for Ford Motor Co. and served as an assembly plant and car showroom. Historic and new market tax credits were used for this redevelopment project, which required design approval from the National Park Service and the Minneapolis Heritage Preservation Commission. The renovations included all-new mechanical, electrical, and plumbing systems, refurbished and new windows, new elevators, a rooftop terrace, and building fitness center. The building is near light rail and commuter rail service.

The glass, metal, and stone on this 180-unit luxury apartment reflect the character of the nearby historic Minneapolis Mill District. Approval for this project from city agencies and the Minneapolis Historic Preservation Commission took a year, and more than a dozen neighborhood meetings were conducted. This housing project is located on the former Pillsbury Mill site, which required dealing with underground tunnels and environmental contamination, and preserving historic railroad tracks, signals, and signage.

The Mother Baby Center, the first of its kind in Minnesota, pairs the neonatal care of Children’s Hospitals with Abbott Northwestern’s obstetrical program. In designing the center, the project team blended a spa-like atmosphere with state-of-the-art technology. The center is equipped with 13 labor and delivery rooms and a 24-bed post-partum unit, and it focuses on meeting the needs of families before, during, and after childbirth. The center’s occupancy level has been more than 95 percent.

The owner and developer took a 2-acre parking lot and constructed a 10-story mixed-use building, also creating an outdoor public gathering space and an Uptown gateway that accommodates pedestrians and cyclists. The top stories provide Class A office space with views of downtown and Minneapolis lakes. Street-level restaurants and an art park were configured to blend public and private spaces. This was a speculative office development. Within 18 months of project completion, all of the retail and restaurant space and 80 percent of the commercial space had been leased.

This project involved an addition to the Adult Education Center that is operated by Osseo Area Schools. The expanded facility allows people who need multiple services to make one stop at the Northwest Family Service Center. The school district has co-located offices with Hennepin County’s Human Services and Public Health Department and the nonprofit Community Emergency Assistance Program. To accommodate the project, two residential lots were acquired and 71st Avenue was realigned.

This distinctive project was designed as an indoor and outdoor urban playground for Target employees. Target was looking for a space in contrast to corporate offices, so the design team planned elements that would foster creativity, collaboration, team building, and individual well-being. The outdoor area includes lounge chairs, a cookout section, a water feature, and bocce and basketball courts. The project includes a game room and exercise studios for yoga and Pilates. Two vacant buildings constructed in the 1920s were used for this project that has a contemporary feel.