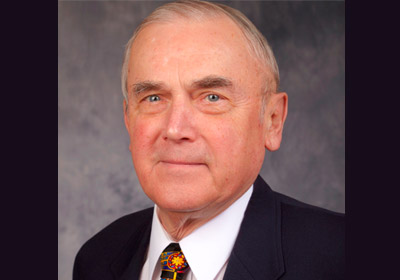 2 Fastenal Directors, Including Chairman, Retire From Board

Chairman Bob Kierlin, who is often recognized as the visionary behind Fastenal, and Steve Slaggie are retiring from Fastenal’s board.
May 01, 2014

Fastenal Company recently announced that two of its cofounders are resigning from the company’s board of directors, in accordance with Fastenal’s age-limitation policy for directors.

Bob Kierlin, the company’s chairman, and Steve Slaggie, a board director, are retiring from the Winona-based company’s board on Tuesday. Regulatory filings indicate that the age limitation for Fastenal directors is 74. The company pointed out that, while their retirement marks the end of their official roles at Fastenal, the two men will remain involved as “mentors, advisors, and friends.”

Kierlin and Slaggie are two of Fastenal’s five founding members, and they’ve helped lead the company since 1967. Kierlin, who has served on Fastenal’s board for nearly five decades, served as president until 2001 and CEO until 2002. Kierlin is often recognized as the visionary behind Fastenal, and in 2005, he was inducted into Twin Cities Business' Minnesota Business Hall of Fame.

The company doesn’t plan to replace Kierlin and Slaggie on its board, and their departures will reduce the number of Fastenal directors from 11 to nine, according to a company spokesperson. Today, Willard Oberton is Fastenal's CEO, and a recent regulatory filing indicates that the company's board has elected Oberton to serve as chairman following Kierlin's departure.

Two of the other three company founders—John Remick and Henry McConnon—also retired in recent years. The fifth founder, Mike Gostomski, plans to retire in 2015.

The men helped grow the company from its original 1,000-square-foot store in Winona to become a $3.3 billion business today, which sells a wide array of industrial and construction supplies, from threaded fasteners to chemical and paint products. In fact, Fastenal is one of Minnesota's 20 largest public companies.

Fastenal now operates 2,700 stores and 14 distribution centers, and it has in recent years focused on adding industrial vending machines. The company now has nearly 18,000 workers, and it continues to expand its work force. For its most recent quarter, which ended March 31, the company reported $876.5 million in revenue and $111.9 million in earnings.

“Fastenal people made this company what it is today, but it never would have happened if our founders hadn’t fostered a culture that brought out everyone's creativity and potential,” Oberton said in a statement.