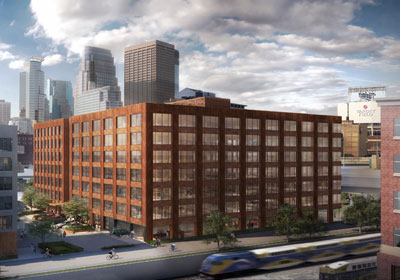 The company is nearly doubling its office size with the upcoming move.
December 16, 2016

Zipnosis said on Tuesday that it signed a lease agreement to move into T3—the United States’ first tall-wood building located in the North Loop.

The Minneapolis-based telemedicine company will move into 16,000 square feet of office space, which is nearly double the amount it presently occupies just a few blocks away at 252 North First Avenue. The extra space will allow the company to continue its rapid growth: It had 30 employees when TCB profiled it earlier this year but now has a headcount of 42.

“As our business grows, so does the need for a space that will allow our team to support our clients and one in which our culture can flourish,” CEO Jon Pearce said in a statement. “The move to the T3 building will enhance the day-to-day work experience for our team.”

The company is expected to move into their new space in April 2017.

T3, which stands for Timber, Transit and Technology, is a seven-story, 220,000-square-foot office building that opened in late November in the North Loop neighborhood of Minneapolis near Target Field. It is built with nail-laminated timber instead of steel, which maintains the durability of a steel and concrete building with quicker construction times, lighter weight and has a lower carbon footprint.

The building was constructed on-spec—with no tenants lined up—but there have been rumblings that Amazon is nearing a lease agreement in the building.