Why Minnesota May Run Out Of Workers

Minnesota employers are having more trouble finding employees — and that might not be getting better anytime soon.
December 23, 2016 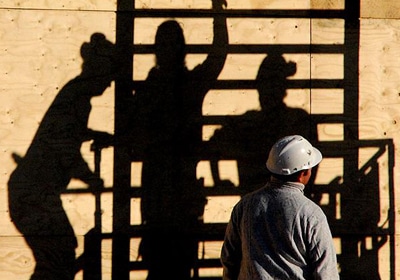 Across Minnesota, employers are having more trouble than they used to finding and keeping employees. They’re making more efforts to accommodate workers with more flexible schedules, they’re offering support to workers living on the margins in an effort to retain them, and in some cases, they’re raising wages.

Right now, seasonally-adjusted unemployment is at a low 4 percent, and there’s only about one open job for every person looking for work. In the Twin Cities, unemployment, the percentage of people looking for jobs who can’t find one, is just 3.1 percent.

Job vacancies and number of unemployed

Of course, some of this is cyclical — when the overall economy is strong, demand for workers tends to be high. But, this tightening of the labor force may also reflect long-term trends — and it might not end anytime soon.

That’s because the rate of growth of Minnesota’s workforce has slowed down, and its growth rate is expected to stay at a much lower rate than it’s been at in previous decades, for decades to come, according to projections from the Minnesota State Demographic Center.

What’s driving the slow-down in the growth of the labor force? And can Minnesota’s economy continue to prosper if there aren’t enough workers in the state to fill its jobs?

Boomer retirements
The first, and biggest reason Minnesota’s labor force is projected to grow at a slower rate, is that Baby Boomers — generally defined as people born between 1946 and 1964 — make up a big share of Minnesota’s working population right now, said State Demographer Susan Brower.

This trend is expected to continue until about 2030, when the youngest of the Boomers are all past 65 (the age when people become eligible for Medicare and around which many retire). The oldest Boomers turned 65 in 2011, so we’re already a few years into the retirements. For the first time ever, Minnesota is expected to have more residents age 65 or older than school-age (ages 5 to 17) children in 2020, according to Minnesota Compass, which tracks trends in Minnesota’s workforce, education, economy and other areas.

While Minnesota’s labor force participation rate is one of the highest in the United States, it has been declining in recent years, in large part, because of Baby Boomer retirements, said State Economist Laura Kalambokidis.

Roughly speaking, the equation for the labor force participation rate is the number of workers in the state divided by the total population over the age of sixteen. So as more Boomers stop working and are not replaced by younger workers, the rate goes down.

This isn’t unique to Minnesota, (or the U.S for that matter). The post-World War II Baby Boom — and a dip in births in the years following the boom — happened all over the U.S., which means the labor market is expected to tighten as a result of Baby Boomer retirements, nationwide.

Migration
As the example of the Boomer retirements illustrates, our population is aging. For the first time ever, at some point in the next three decades, Minnesota is expected to see more deaths than births. That will make migration — especially attracting people to the state from other states and countries — an important piece of sustaining the state’s economy.

“If our state is to experience any population growth at all, it will necessarily be from migration,” a Minnesota State Demographic Center report reads. “Absent positive net migration at that time, the prospect of a declining population base would mean reduced consumer spending and tax revenues, with the attendant challenges to maintaining economic growth and fulfilling public priorities.”

Right now, there are more people moving into Minnesota than out of it, but the rate isn’t high enough to offset aging and the birth-death ratio.

People leave states for many reasons: for opportunities, for family, or for amenities. As far as states go and despite its frigid winters, Minnesota does pretty well at retaining its people, but not as well at attracting people from other places, according to a study by the Population Studies Center at the University of Michigan Institute for Social Research.

If you add up all the people who come to Minnesota from elsewhere in the U.S. and subtract the ones who go away to other states, you’d find that Minnesota lost between 7,000 and 12,000 net people each year domestically in recent years. Many of them are young people between the ages of 18 and 24, and a large chunk of the leavers in that age group head out of Minnesota for undergraduate or graduate school, while others leave for job opportunities, according to the Minnesota State Demographic Center.

While sunbelt states like Florida and Texas are net importers of people leaving other U.S. states, midwestern states, like Minnesota, tend to lose people to other states.

“The states that are seeing the most net migration are also the states that will see (more) gains in the working age population,” Brower said.

While it loses domestic migrants, Minnesota gains international immigrants. Minnesota saw a net gain of nearly 15,000 people moving in from other countries in 2014.

Minnesota has a smaller share of foreign-born people than the national average, but the size of that population is increasing. Of the more than 400,000 people living in Minnesota who were born in other countries, 84,000 were born in Central America and 40,000 were born in Somalia.

The Minnesota State Demographic Center projections anticipate increases in international migration to Minnesota, but if the actual number of net migrants to Minnesota are less or more than expected, either due to policy changes or changes in the way people migrate voluntarily, the labor force could shrink or grow accordingly.

The right workers
Even if Minnesota could increase the number of workers in the state though, an employee can’t necessarily fill a job he or she isn’t trained to do.

Technology has changed the way Americans work, and available workers’ skills don’t always fit employers’ needs. In a recent survey of employers by the ManpowerGroup, a human resources consulting firm, 46 percent of U.S. employers said they had trouble finding workers to fill open positions.  They said they couldn’t find employees with the right experience, the required skills or that there weren’t enough applicants.

More and more, companies are offering in-house workforce training and development in order to get existing and new employees up to speed, according to the ManpowerGroup survey. But it’s not just employers that are concerned with companies finding the right workers.

In Minnesota, DEED’s Minnesota Job Skills Partnership program is designed to help train the workers the state’s businesses need. It provides grants to businesses and educational institutions to offset the cost of training and retraining workers.

In September, for example, it awarded more than $2 million to organizations across Minnesota, for grant proposals like training members of the Leech Lake Band of Ojibwe for construction jobs, to help new Americans get into nursing and to help employees at Mission Foods, a tortilla factory in New Brighton, learn to operate a new, high-tech production line.

While some jobs require little training, others require a lot. Along with concerns about having enough workers, state leaders talk about the need to align workers with the jobs companies need them to do, and closing  achievement gaps to make sure Minnesota’s homegrown workforce — increasingly made up of minorities — has the skills needed for jobs.

Demand for workers
There’s two sides to this equation: we have a pretty good idea of how and why the rate of labor force growth — supply — has slowed. The other side to this projected labor force tightening is employers’ demand for workers. This has a lot to do with how the economy is doing. Generally speaking, when the economy is doing well, companies have more resources to hire people than they do when it’s doing poorly.

But right now, Minnesota’s economy is growing — slowly but steadily adding jobs. And when people predict a tightening of Minnesota’s labor force, they’re predicting that will continue. (Of course, another recession would wipe out some of the demand for workers, likely resulting in higher unemployment and lessening the effects of the labor market’s tightening.)

According to a recent state economic forecast, for the next several years employment — the number of people with jobs — is expected to grow by about 1 percent per year.

On the whole, Minnesota recovered from the Great Recession before most other states and the U.S. did, said Kalambokidis said.

Already in the Twin Cities, unemployment in occupations like engineering and tech can be around 2 percent, said Peter Frosch, vice president of strategic partnerships at Greater MSP, a nonprofit focusing on economic development in the Twin Cities region.

Assuming the economy keeps growing at roughly the same rate it’s been growing, Frosch said, there will be more jobs available in the Twin Cities than people to fill them.

Addressing the problem
By 2020, Greater MSP estimates the 16-county metro area will be short the amount of workers needed to keep up with projected gross domestic product growth by 114,000. Greater MSP expects 60 percent of those jobs to be low-skill, such as in retail, personal care attendants and food prep; 11 percent in medium skilled-professions such as bookkeeping, truck driving and auto mechanics; and 29 percent in high-skill occupations such as registered nurses, accountants and software developers.

One way to find more workers is to raise wages. Theoretically, if the labor market tightens significantly, employers may have to pay higher wages to attract and retain people. Higher wages could also pull some of the people who are out of the workforce back into it.

“When you’re in a situation where anything’s in high demand, its price should go up, so you should expect wages to go up,”  Kalambokidis said.

One thing that could change the number of workers companies need to conduct their business — reducing the demand for workers — is technology. If employees become scarce, employers are likely to invest in technology that eliminates the need for some jobs.

With a tighter labor market, “We expect Minnesota employers to respond by investing in productivity enhancing equipment and technology that will allow them to continue operating even as hiring becomes challenging,” the state economic forecast predicts.

That’s already happening, said Jim Johnson, the president of the Minnesota Recruiting and Staffing Association and a franchise owner of Express Employment Professionals, a staffing provider. One of his biggest manufacturing clients is having a record year in sales, but used 60 less staffers than the company ordinarily had because “they engineered labor out of the equation,” he said.