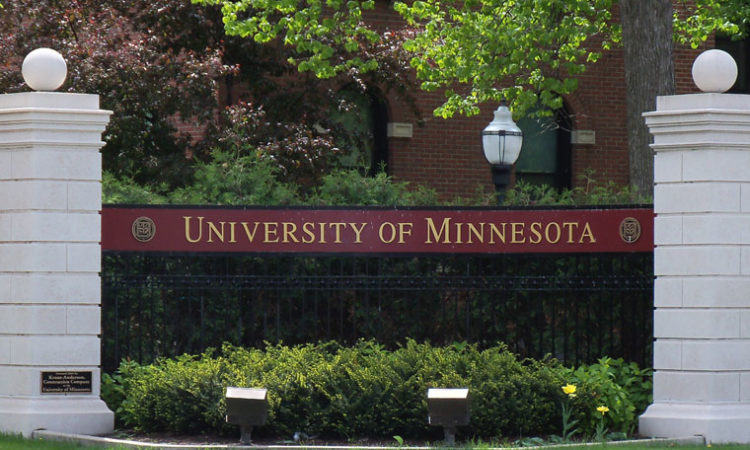 Who Are the U of M’s Most Entrepreneurial Researchers?

The University of Minnesota is placing a much greater emphasis these days on encouraging its scientific researchers to take the plunge into entrepreneurism as a way to help develop the state’s supply of promising early-stage technology companies. One way of doing that is to publicly recognize those who are exemplifying that effort.

Thus, the school’s Innovation Awards, which are handed out by the Office of the Vice President for Research and the Office for Technology Commercialization (OTC). This year’s winners, announced March 28 at the University of Minnesota Inventor Recognition Event, included a pair of entrepreneurial faculty members working in life sciences fields: Perry Hackett, a professor of genetics and cell biology, and Mikael Elias, an assistant professor of biochemistry and molecular biology.

Two other U of M researchers, sustainable plastics expert Marc Hillmyer and education innovator Amy Hewitt, who were also deemed successful at bringing their inventions “beyond the lab to provide growth opportunities for businesses, benefit the public good and improve quality of life in Minnesota and beyond.”

The Innovation Awards were presented as university officials touted what they regard as progress in stimulating new intellectual property: Some 220 U of M-affiliated inventors had their technology licensed or patented between July 2014 and June 2016. During those two years, the school says, researchers submitted more than 750 disclosures of new inventions to OTC and filed for nearly 350 patents to protect the intellectual property behind some of the inventions.

Unlike past decades when academics and entrepreneurism were regarded as incompatible, the U of M is now firmly committed to bringing its innovations to the marketplace to help solve “societal challenges,” according to Allen Levine, the U’s interim vice president for research.

“Policymakers and opinion leaders have increasingly recognized the importance of innovation and commercialization, while both the National Institutes of Health and National Science Foundation continue to put more emphasis on commercialization and research that makes a global impact,” he said.

That especially holds true among U of M health care and life sciences researchers. The 2017 Innovation Awards recognized two of them.

They include Hackett, whose Sleeping Beauty Transposon System is a gene-editing platform first developed in 1997 that, among its many other uses, can adjust the human immune system to find and attack cancer cells.

In 2015, Intrexon Corp. and Ziopharm Oncology paid $100 million to the U to license an anti-leukemia drug made using the technology, and shortly thereafter pharma giant Merck paid those firms nearly $1 billion plus royalties for the “CAR-T” blood cancer immuno-oncology platform.

The Sleeping Beauty technology has also helped launch gene-editing companies in other fields, such as St. Paul-based Recombinetics in agriculture, of which Hackett is a co-founder. His system has been used in basic research by thousands of scientists across the globe, and thus he was recognized with the U of M’s Impact Award, which honors “a researcher whose innovation has most positively and most broadly impacted global society and improved quality of life.” The Sleeping Beauty system today is considered one of the most important and prolific research yields in the history of the U.

Also honored was Mikael Elias of the University’s College of Biological Sciences, who took home the Early Innovator Award.

The U says Elias has “developed enzymes that could fight harmful, antibiotic-resistant bacteria in a new, eco-friendly way.” Under his innovation, enzymes called lactonases can “hijack” bacteria’s communication mechanism (known as quorum sensing), preventing them from forming the structures such as biofilms that lead to disease and drug resistance.

U officials say Elias’ technology could “help the 2 million people who contract antibiotic-resistant strains every year.”