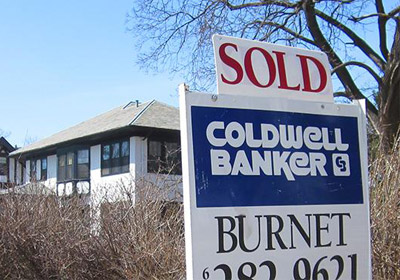 Countersuits have raised interesting questions of whether and how realtors can protect and pool their listing information under antitrust laws.
September 22, 2013

In the Internet age of shared information and digital competition, an intriguing and important legal battle has emerged in Minnesota challenging the area’s biggest real-estate agents.

The outcome of the case in U.S. District Court could change the way we buy and sell our homes and threaten businesses practices of real-estate agents in Minnesota and Wisconsin.

A California listing website has sued a large group of Minnesota and Wisconsin Realtors and challenged their protection of listing information under federal and state antitrust rules.

The dispute surrounds the use of information in databases that anyone who has recently bought or sold a house is likely familiar with: multiple listing services or MLSs. These are databases run by real-estate members and heavily relied on by those members to display and evaluate listings. The databases contain information supplied by member realtors about listed homes, along with commission splits between seller and buyer brokers.

One large MLS—NorthstarMLS—is in St. Paul and serves 13,000 realtors in Minnesota and Western Wisconsin. Agents guard MLS information; NorthstarMLS will only share with subscribers and licensed third parties.

California-based NeighborCity.com is not licensed. NeighborCity provides data on real estate and it offers buyers and sellers information to compare and evaluate agents, offering ratings based on transaction and listing history. According to NothstarMLS, NeighborCity obtained NorthstarMLS content from licensed websites and used the information on its own site without permission.

In 2012 NorthstarMLS sued NeighborCity, alleging that it displayed the MLS’s photos and listing information without a license and in violation of U.S. copyright law. NeighborCity then brought its own claims against NorthstarMLS, attacking the very efforts and litigation tactics by the MLS that kept its information away from sites like NeighborCity, alleging violations of federal and Minnesota antitrust laws. NeighborCity says that NorthstarMLS—coordinated by the National Association of Realtors—only licenses sites to access its data if that site refers prospective buyers to the agent that listed the property (namely, the seller’s agent).

Basically NeighborCity believes it was denied license because it gives viewers independent and competing realtor referrals. According to NeighborCity, the MLS’s mission is to steer buyers to selling agents and cause “dual agency”—where a single agent collects commissions from both seller and buyer (and which NeighborCity and some consumer groups say is a conflict).

The countersuits have raised interesting questions of whether and how agents can protect and pool their listing information under antitrust laws. Already the judge in the case made a preliminary ruling that the MLS’s photos and notes about listed homes are likely protected by copyright law (stopping NeighborCity from using the pictures and comments without license while the litigation goes on).

But the bigger question is whether the MLS is systematically preventing sites like NeighborCity from using its information, as NeighborCity says it is, and whether such actions are meant to stifle competition. NorthstarMLS had asked the court to throw out the antitrust attacks as invalid, but the judge rejected that effort in a July 5 ruling.

The antitrust laws involved are simple on their face but can be complicated when played out in courts. Section 1 of the federal Sherman Act (and Minnesota’s similar antitrust statute) generally bans market coordination that “unreasonably restrains” competition. With that standard, it shouldn’t be a surprise that courts are often challenged in determining what type of activity is illegal. Over the years the courts have answered this challenge by attempting to treat certain categories of agreements consistently. Those types of agreements deemed “manifestly anticompetitive” are always unlawful (or “per se” unreasonable). But others are analyzed on their specific aspects and effects to determine whether they are illegal.

On July 5, the judge in the MLS case found that activity between the National Association of Realtors and NorthstarMLS, as alleged by NeighborCity, could fall in the category of “per se” unlawful conspiracies. NeighborCity’s allegation—about NAR meetings, a series of “cease and desist” efforts to stop sites like NeighborCity, MLS emails about how to deal with NeighborCity and real-estate agent reports to NeighborCity that the MLS systematically refused licensing to sites that did not refer buyers to listing agents—were enough to potentially establish an agreement that (if proven true) would be “anticompetitive.”

The judge said that NorthstarMLS and its members dominate the home-listing market and that their alleged agreements could amount to a “group boycott” that “cut off access to information that is critical to any business attempting to compete with them.” NeighborCity’s allegation that these efforts are motivated by boosting dual agency and NAR realtors’ profits added to the unreasonableness of the alleged arrangement. In other words, NeighborCIty alleged a fact pattern that may violate the law.

NeighborCity will now have to prove its case through a (no doubt costly) discovery process. The July 5 order affirming, on its face, the validity of NeighborCity’s claims was not based on evidence or determined facts. But the opinion at least gives heft to NeighborCity’s legal claims. If what NeighborCity says turns out to be true, the National Association of Realtors and NorthstarMLS may face trouble.

Needless to say, NeighborCity’s allegations raise interesting questions about how the Internet challenges well-established business interests. NeighborCity will try to prove a coordinated effort by Big Realty to keep out digital competitors trying to share information to benefit consumers.  This is a powerful storyline—one we’ve seen before in other industries—but is just that at this point: a story. Determining whether the conspiracy is true—or whether NeighborCity is just another rogue website stealing from the efforts of upright real-estate agents—is, of course, what we have litigation for.

Adam Welle is an attorney with the law firm Robins, Kaplan, Miller & Ciresi LLP in Minneapolis. His articles have appeared in the Wisconsin State Journal, Law360, and the Wisconsin Law Review.