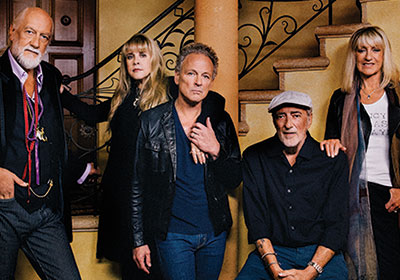 Top Tickets: Fleetwood Mac: On With the Show Tour

The return of keyboardist Christine McVie to the lineup after 16 years appears to have re-energized the 1970s juggernaut that was—and can still sometimes be—Fleetwood Mac. Now that the band’s classic lineup has been restored, their shows have reportedly been longer and better. Any Fleetwood Mac concert is basically a parade of greatest hits, but reviews from this tour have been greater than usual. Jan. 16, Xcel Energy Center, St. Paul, 651-726-8240, xcelenergycenter.com