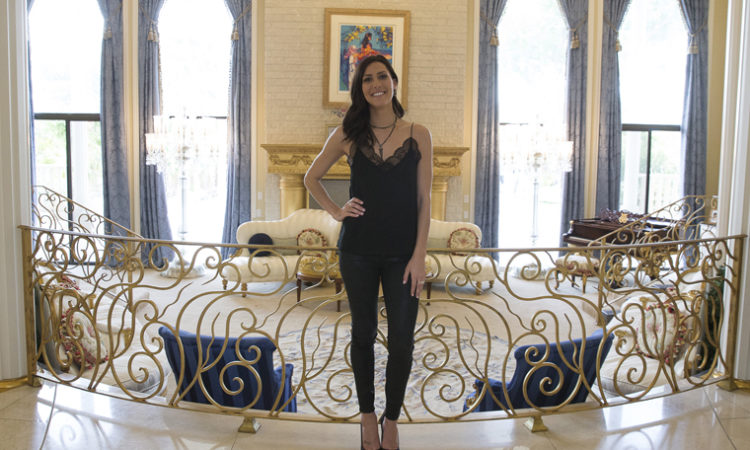 The show will be co-hosted by Minnesota native Becca Kufrin and Jodi Mayers of Jodi Mayers & Style Partners. Kufrin’s favorite pieces from Ridgedale retailers will be featured, and she will also participate in a meet-and-greet opportunity.
By Amanda Ostuni
December 31, 2018

Since finding love on The Bachelorette, Minnesota native Becca Kufrin hasn’t forgotten her home state. Keeping close to her roots, the reality star plans to kick off the new year with a fashion show highlighting retailers at Ridgedale Center.

The Minnetonka mall will hold the show on Saturday, January 12.

The fashion show will feature Kufrin’s own favorite fashion pieces highlighting the year’s newest styles. Kufrin will co-host the event with Jodi Mayers of Jodi Mayers & Style Partners. Amidst everything, Kufrin will also be participating in a ticketed meet-and-greet session with fans.

The event will also involve giveaways, and sweepstakes giving people the chance to win some of the chosen clothing.

Ridgedale Center is just the latest business to snag an appearance from the revered TV personality. During an episode of The Bachelor in which, as one of the final four women vying for Arie Luyendyk’s heart, Kufrin brought Luyendyk to Minnetonka Orchards for a hometown date. Thanks to that publicity, Minnetonka Orchards saw a burst of wedding bookings and general interest in the orchard after that episode aired.

Her appearance has also stirred excitement at the State Fair, at the restaurant Charlie’s on Prior in her hometown of Prior Lake, and at other events and businesses.

Attending the fashion show at the Ridgedale Center will be free, but the meet-and-greet session with Kufrin comes with a $20 fee and will take place at the Fan HQ store.

Complimentary tickets will be offered to Ridgedale Center shoppers who spend or have spent $75 or more at the mall between Dec. 17 and Jan. 12. A ticketed VIP Toast with Kufrin at Kona Grill will precede the fashion show, but it has already sold out of spots.

The VIP toast begins at 11. The fashion show kicks off at noon and will run in 15-minute sessions through 2 p.m. Kufrin’s meet-and-greet will be held from 12:30 p.m. through 2 p.m.