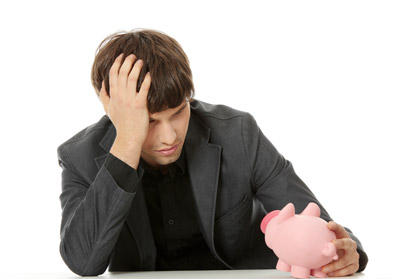 TCF Aims To Help Teens Who Are Financially “Clueless”

TCF Bank has committed to improving the financial IQ of 2 million people over the next three years by offering a free financial education program for students and adults.
October 27, 2013

TCF Bank recently announced the results of a new poll that found a glaring lack of financial literacy skills among high schools students—and the bank is sponsoring an online educational program in an attempt to fix the problem.

Nine out of 10 teen respondents said they’re not learning everything they need to know about money management, and 27 percent of 17-year-olds said they don’t feel confident they will have the financial intelligence to manage their finances after they graduate.

Only 44 percent of teens said they have savings accounts, and just 18 percent have checking accounts—out of the 500 teens aged 13 to 17 who responded to the poll.

TCF also announced Tuesday a goal to improve the “financial IQ” of 2 million people over the next three years. The bank began working toward that goal early this summer with the rollout of the “TCF Bank Financial Scholars” program—an online teacher-led curriculum created by education-technology company EverFi.

The TCF-sponsored program requires about eight to 10 hours of instruction, which is specifically designed for high school students to gain a firm grasp on money management skills.

The online class is currently being introduced for free in more than 100 schools throughout communities served by TCF Bank, including cities in Colorado, Minnesota, Illinois, Wisconsin, Michigan, Arizona, Indiana, and South Dakota. Some schools have already begun to offer the program; it’s at individual schools’ discretion when they present the course.

According to TCF Director of Corporate Communications Mark Goldman, the bank expects the program to expand to 340 high schools over the next several years.

In addition to the class developed for high school students, EverFi also created an online financial-education site to provide adults with practical, non-commercial information about fiscal responsibility. The “Financial Learning Center” site will be open and free to the public through the end of October, after which it will be available only for TCF customers.

TCF has about $18.4 billion in total assets and over 425 branches providing retail and commercial banking services.