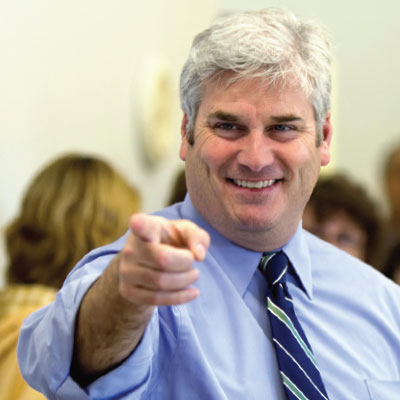 Rep. Tom Emmer, who lost a close race to Gov. Mark Dayton in 2010, is hitting his political stride in the U.S. House. A second-term congressman representing central Minnesota, Emmer holds a safe Republican seat, yet he’s demonstrating political independence. He joined Dayton on a trade mission to Mexico and worked with Democratic Sen. Amy Klobuchar on expanding commerce with Cuba. A big Trump supporter, he sat in candidate Trump’s box at the national nominating convention in 2016. Emmer’s ties to Trump and the House GOP caucus, along with his willingness to work with Democrats, position him for major influence on tax and budget issues.