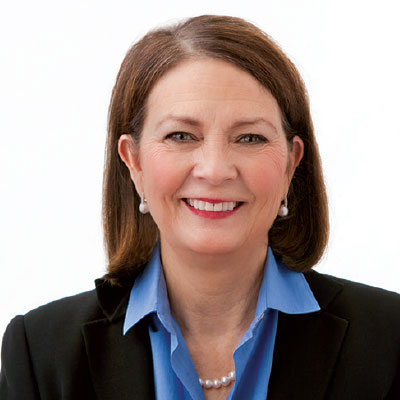 2022, Builders: Teresa Rasmussen was managing counsel of American Express before joining Thrivent as general counsel in 2005. She became CEO in 2018 and is building the company into a comprehensive financial services organization. Among its programs are financial advice, insurance, investments, and banking. “Thrivent is in the midst of a transformation to become a digital-first company that serves clients in the ways they prefer to be served,” Rasmussen says, adding that in 2022 it will create an overarching, integrated digital strategy. Rasmussen says Thrivent adopted a hybrid workforce model and will occupy its new downtown Minneapolis offices “when the timing is right.”

2020: Teresa Rasmussen took the top spot at Thrivent after years in the legal profession. She started her legal career in 1984, when she worked as a trial attorney in the tax division of the U.S. Department of Justice. She later rose through the ranks at American Express and Ameriprise Financial. In 2005, Rasmussen joined Thrivent, where she’s worked as general counsel, secretary, and senior vice president. She became president in 2015 and added CEO to her title in late 2018. The first CEO in the organization’s history, Rasmussen also sits on Thrivent’s executive steering committee, which is helping make decisions about the company’s new $125 million headquarters in downtown Minneapolis.