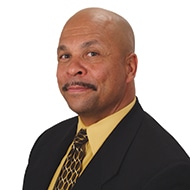 During the early days of Thor Construction in the 1980s, the small company struggled. But Richard Copeland is not one to give up easily. He forged a relationship with industry powerhouse M.A. Mortenson Co., doing their first joint venture in 1995. Since then the two firms have worked together on more than $2 billion in projects, including Target Field and U.S. Bank Stadium. Copeland told Twin Cities Business earlier this year that he’s expecting revenue at Thor and his other company, Copeland Truc-King, will approach $200 million in revenue this year.