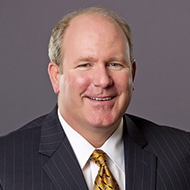 Jeff McCaulley of Smiths Medical is taking on a higher profile in the Twin Cities’ medical device community—last year he was named one of 10 new directors of the Medical Alley association trade group. His new visibility also includes oversight of the British-owned firm’s headquarters relocation from a nondescript building in Arden Hills to an eye-catching new facility in Plymouth—an effort that garnered $877,000 in state support. The payoff for taxpayers is that McCaulley is ramping up R&D activities for the drug infusion pump-maker and promises to create 162 new jobs paying at least $45 per hour in 2017 and the coming years.