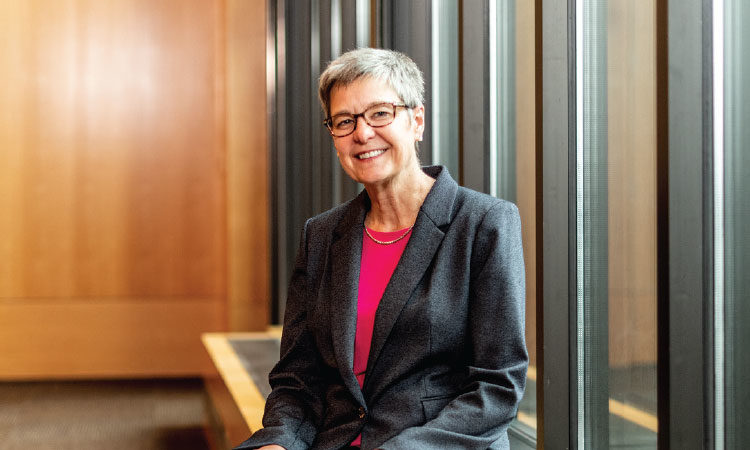 2022, Builders: A veteran executive, Jean Taylor is just the third person to lead St. Paul-based American Public Media Group in its 54 years. She took the helm in August after concurrently serving on the APMG board and chairing the board of the Star Tribune, which is owned by her father, Glen Taylor. “With any organization, growth is critical to survival,” Taylor says. She’ll define growth initiatives in 2022 after getting broad input. “There is media, and there is journalism, and those are not the same thing,” says Taylor, who wants a team of diverse, professional journalists with high standards. “I’ll have their back.”

2020, Titans: Jean Taylor, working with publisher Mike Klingensmith, is focused on building a robust revenue model that will support journalism. Her father, Glen, bought the media company in 2014, and she was elevated to chair in late 2018. She says the Star Tribune is “transforming into a digital majority business,” which means in the coming years most of the revenue will flow from digital editorial subscriptions and advertising. To support that shift, she brought four independent directors onto the board in early 2019 who she says have experience in creating growth and developing digital businesses.