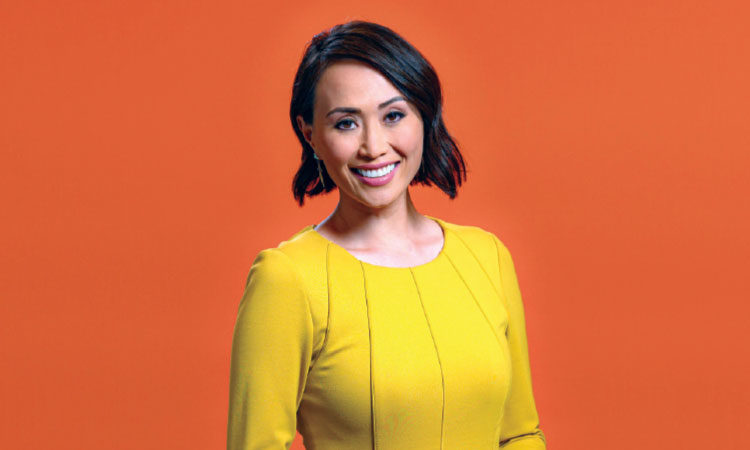 After anchoring news in Fresno, California, Gia Vang moved to Minnesota in 2019. She’s the first Hmong-American television anchor in the Twin Cities, co-hosting KARE-11 Sunrise, which just won a regional Emmy for the Golden Valley based NBC affiliate. Vang grew up in California, earned a journalism degree there, and worked in several U.S. markets. She recently emceed a community celebration for Olympian Suni Lee of St. Paul and recognizes she’s a role model. “I hope to be part of the new paradigm in journalism,” Vang says, “that is more inclusive and a truer reflection of what is happening in our communities.”