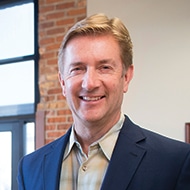 Minneapolis-based Tactile Systems, also known as Tactile Medical, is in a class by itself: The company’s IPO in late July marks the only Minnesota IPO of 2016. The company produces medical devices that can be used to treat chronic conditions at home. Gerald Mattys, who has been CEO since 2005, brings a deep background in the med-tech industry to Tactile, and has been piloting the company to strong growth. Tactile’s revenue increased 32 percent in 2015, to $62.9 million. In the company’s second quarter, Tactile posted a 34 percent increase in revenue. Under Mattys, Tactile is clearly a company to watch.