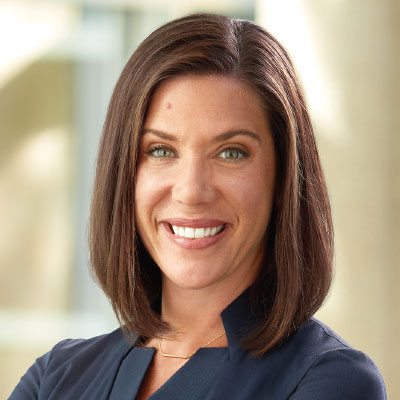 2021, Alumni: What a first year. After closing stores and furloughing 51,000 employees, a quick pivot to curbside pickup, e-commerce, and an ongoing “shop your way” strategy produced strong results, Corie Barry announced more Teen Tech Centers to help bridge the opportunity gap and a commitment that 30 percent of its tech team hires over the next two years will be diverse.

2020, Overachiever: Most Best Buy watchers weren’t surprised when Corie Barry was tapped to replace the retiring Hubert Joly. While Joly was an outsider to the company, Barry is a Minnesota native who joined Best Buy in 1999 as a financial analyst. She worked closely with former CFO Sharon McCollam, regarded by many as a key player in the electronics retailer’s remarkable turnaround, and succeeded her in 2016. At 44, Barry is one of the youngest CEOs among S&P 500 companies. She’s sharp, savvy, and bleeds Best Buy blue.

2018, Overachiever: After arriving at Best Buy 18 years ago, Corie Barry steadily climbed the corporate ladder and is now CFO of a company with $39.4 billion in revenue for fiscal 2017. Best Buy faces challenges from online competitors and shifting consumer preferences; Barry has played a key role in the Renew Blue turnaround strategy. Now she’s working closely with CEO Hubert Joly on Best Buy 2020. That strategy includes accelerating growth in Canada and Mexico and ensuring that Best Buy can excel in a multi-channel retail environment. In her early 40s, Barry is well positioned to become CEO of Best Buy or another corporation.