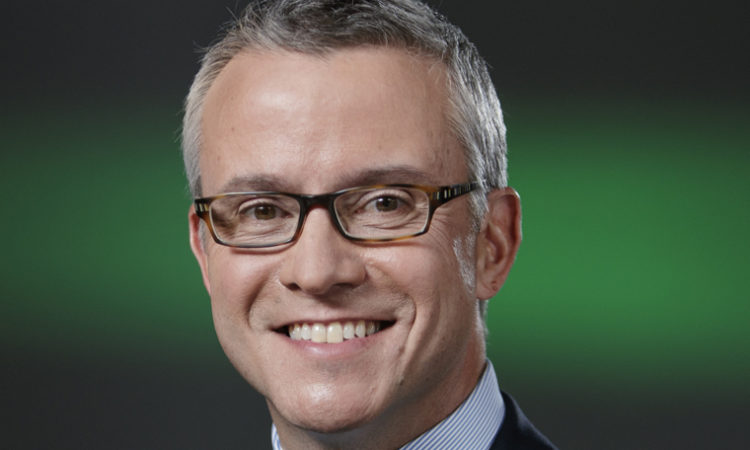 Jeff Jones served as a Target executive for four years before leaving to be president of ride sharing at Uber.
By Sam Schaust
August 22, 2017

Jeff Jones, a former Target executive who left the retailer to take on a short-lived stint at Uber, will soon lead the largest tax-services company in the nation.

Chairman of H&R Block’s board, Robert Gerard, commended Jones for the leadership he displayed at Target during his several years spent as chief marketing officer and executive vice president. “Given his proven record of success in innovation and change management, the board is confident Jeff is the right person to evolve and grow our business in the years ahead,” Gerard said in a statement. “He is a transformational leader, one who deeply understands today’s consumer and knows how to drive results in large-scale operations.”

Jones served in Minneapolis-based Target’s C-suite from 2012 to 2016, some of the retailer’s stormiest years, which included a large-scale data breach and its departure from an ill-fated expansion to Canada. Yet a number of Target’s more progressive efforts, such as its increased focus on digital and the launch of its savings app Cartwheel, were credited to Jones.

In late August 2016, Jones left Target to become president of ride sharing at San Francisco-based Uber. He resigned after just six months as the company was embroiled in claims of driver mistreatment and poor leadership choices that ultimately led to the departure of Uber’s founder and CEO, Travis Kalanick.

Looking ahead to his tenure at H&R Block, Jones told the Star Tribune he felt good about the tax company’s outlook.

“The business is very profitable. It’s on great footing and it’s also beginning to get its swagger back,” he said, while hinting at a change of pace from what he experienced at Uber. “I’m not walking into a trouble situation. It’s good to not walk into a problem.”

“I am eager to join the team in October,” Jones said in H&R Block’s announcement. “I will leverage my retail and digital experiences to challenge us to grow, to seek leading-edge ways to meet our clients’ needs, and to position this company as an agile and adaptive market leader.”