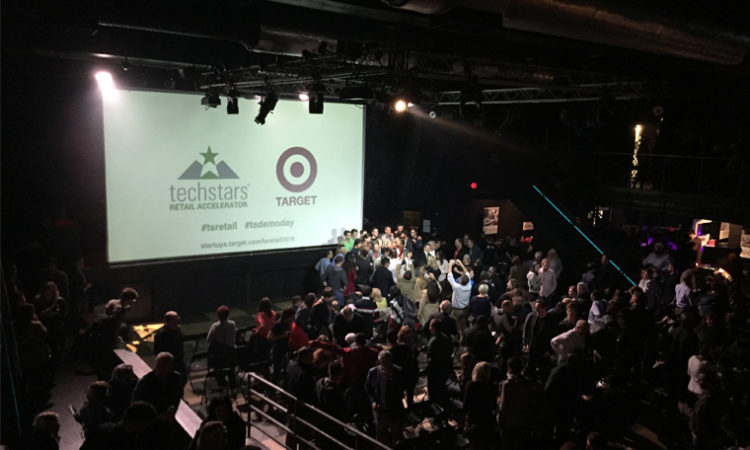 The partnership, which involves the renaming of the program to Metro Target Retail Accelerator, aims to enhance the accelerator program’s reach.
By Amanda Ostuni
December 03, 2018

Target’s retail accelerator program with Techstars will return for a fourth year — but with a twist.

The Minneapolis-based big-box retailer is bringing in a new partner, German wholesaler and food specialist Metro Ag, in a bid to attract more startups from around the world.

“The partnership with Metro not only extends our reach globally to bring new ideas to Target, but it further helps startups understand how to scale,” said Minsok Pak, Target’s executive vice president and chief strategy and innovation officer, in a statement.

The Target + Techstars program — just one among Target’s portfolio of accelerators aimed at fostering innovation through cultivating ties with startups — has been in place since 2016.

Moving forward, the program will be renamed the Metro Target Retail Accelerator, certified by Techstars. The collaborating companies will select ten startups and those chosen businesses will spend time both at Target’s Minneapolis headquarters and at Metro’s headquarters in Berlin.

Participating startups will receive up to $120,000 in initial investment, as well as intensive mentorship from Target and Metro leaders, along with the benefit of the network of Techstars alumni, which includes meal kit service Local Crate and inspection software company Inspectorio.

Program sessions will focus on the process of taking an idea from concept to market and crafting compelling pitches to aid in fundraising and business development.

As has been the case previously, the accelerator program will end for each cohort with a Demo Day in August in Minneapolis. At that event, companies will pitch their developed business plans to Target, Metro and Techstars leadership, as well as potential investors and local startup community stakeholders.

To date, the Techstars program has run tests or pilots with 30 startups, and Target is still actively working with more than a dozen of those companies, while also fostering innovation with additional accelerator programs Target Takeoff, Target Incubator, and the India-based Target Accelerator Program.

For Metro, getting involved in the Techstars program is a way to expand its own similarly-structured offerings.

“Feedback from startups from our previous programmes has shown to us how valuable it is to have the opportunity to try out their solutions directly in day-to-day operations and roll them out if they’re successful,” said Hansjoerg Sage, co-general manager of Metro’s accelerator-dedicated subsidiary Hospitality Digital, in prepared remarks. “With this joint effort, we’re continuing to develop this added value.”

Sage added that he hoped Metro’s new partnership with Target and Techstars would aid in “catalyzing the evolution of the wholesale and retail sector.”

Applications for the Metro Target Retail Accelerator program are now available and will be accepted through February 24. The 14-week program kicks off early May 2019.