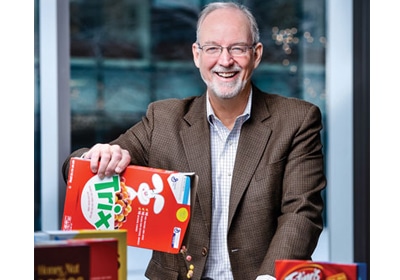 Survey: General Mills Is One Of The ’50 Best Companies For Diversity’

Companies were graded on their commitment toward diversifying its board of directors, employee base, senior management and supplier pools.
November 17, 2016

Each company on the list was evaluated on efforts made toward diversifying the ranks of its employee base, senior management, supplier pool and board of directors.

“The companies featured on our roster provide a strong culture of inclusion, starting at the top, with many of the CEOs presiding over internal inclusion councils and tying diversity best practices to job performance and compensation,” Black Enterprise CEO Earl Graves Jr. said in a statement.

As part of employee development, General Mills notes on its website that its employees take part in professional development training, mentoring programs and affinity networks, such as the Black Champions network or one of its 10 women in business groups. The company is also pressuring its marketing agency partners to diversify their ranks by using it as a review benchmark to determine who gets a piece of its $700 million advertising budget.

Black Enterprise said it analyzed the programs and groups offered at each company that were also directed toward women, the disabled, veterans and the LGBT community.

In General Mill’s diversity brochure, CEO Ken Powell is listed as saying: “Diversity makes us a better employer, a better supplier — to both our retailers and our consumers — and a better world citizen.”

The Golden Valley-based food conglomerate has landed on Black Enterprise’s diversity list both years it’s been conducted. It is also the only Minnesota company to make the list either year.

This year, only 21 other states were home to a company with groups and policies that were deemed to be diversity-friendly, according to the publication. The full list can be viewed here.