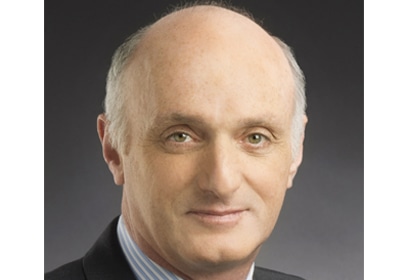 The transition comes at a crossroads for the 3D printing industry.
June 12, 2016

David Reis said Thursday that he would retire from his position as chief executive of Stratasys on June 30. Ilan Levin, a member of the board, will take his place.

Reis, 54, has headed the Eden Prairie-based 3D printing company since December 2012. Previously, he served as the CEO of Objet Geometries, an Israeli 3D printer manufacturer and competitor to Stratasys. Those two companies ultimately merged and Reis, as part of the transition, took over the top leadership role at Stratasys.

At the helm, he led Stratasys through its major growth spurts—which include its acquisitions of MakerBot, Solid Concepts, and Harvest Technologies—as well as through its nadir.

As it stands today, the 3D printing industry is taking off in the industrial space, but is struggling to attract the everyday consumer—similar to the gradual adoption of computers. With a lack of applications for those at home to use a desktop 3D printer, low-end printer manufacturers (like MakerBot) are hurting. Subsequently, Reis had chosen to pivot Stratasys’ strategy toward large-scale operators, such as rocket part manufacturers and submarine builders, a move that is beginning to pay off.

Amid the list of other challenges Stratasys currently faces, Reis is also exiting as much larger players like Hewlett-Packard and Canon plan to enter the 3D printer playing field.

“It has been a privilege to lead Stratasys and its very talented team during a truly transformative period for our company and industry,” Reis said in prepared remarks.

With his departure from the CEO role, he said it would remain a member of Stratasys’ board of directors as an executive director.

Filling his place on July 1 will be Ilan Levin, 49, a member of Stratsys’ board and executive committee. Levin also came aboard Stratasys following its merger with Objet, a company of which he served as president.

“Ilan is an additive manufacturing pioneer, and has been a key figure in our industry for many years,” Reis said. “I am extremely pleased to have a highly capable successor who has extensive knowledge of all aspects of Stratasys, including our technologies, markets and strategic roadmap.”

During morning trading, the company’s stock fell nearly 2 percent from its Wednesday close. It has since recovered and is fluctuating around the previous day’s ending price of $22.88.