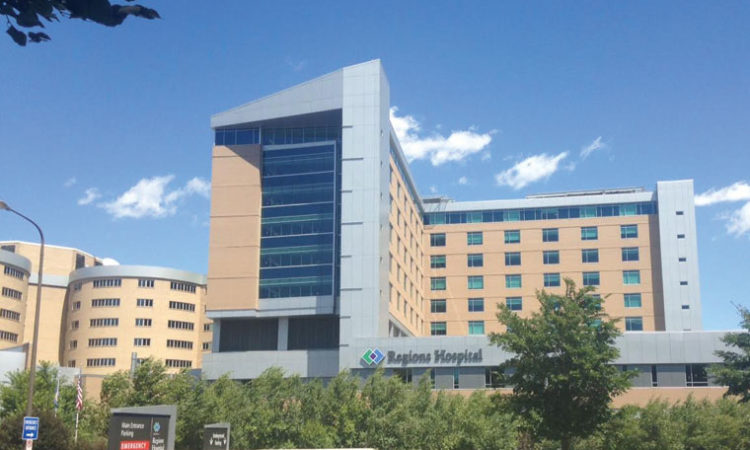 Should St. Paul Induce—Or Shame—Nonprofits Into Paying For City Services?

The City Council has enlisted the Citizens League to study whether it should create a system to get nonprofits to voluntarily pay what the state constitution exempts them from paying.
April 13, 2017

The St. Paul City Council has resolved its short-term money troubles by coming up with a street maintenance program to replace revenue lost to an assessment system last year by the Minnesota Supreme Court.

The city will use a combination of the new street maintenance fees and revenue from a property tax hike to fill the budget gap for 2017. But before the council begins work on its budget for 2018, it wants to see if there is another source of revenue, one that might ease the city’s dependence on street fees and property taxes.

Enter something known as payment in lieu of taxes, aka PILOT.

On Wednesday, the City Council will formally invite the Citizens League to look into whether St. Paul should create a PILOT system to get the city’s big nonprofits to voluntarily pay what the Minnesota Constitution exempts them from paying. That is, could the city’s museums, hospitals and universities be persuaded to offer cash to help pay for services that might otherwise be covered by property taxes.

Sean Kershaw, the executive director of the Citizens League, told the council last week that the league would conduct the examination, and that the group has already attracted grants from the St. Paul Foundation and the Bigelow Foundation to cover most of the $41,000 cost. Kershaw hopes to ask up to 19 people to spend time between now and August to discuss the concept and make recommendations to the council.

No city employees or politicians will be on the committee, Kershaw said. Instead, he’s looking for a mix of people who work with for-profit businesses and nonprofits, as well as those with expertise on the subject and “generalists.”

“Let’s say someone is there from a health provider,” Kershaw said. “They’ve got to think about their own self-interest. But how does that fit in with the interests of St. Paul? We’re asking people to put on both hats.”

Kershaw says it’s vital that people respect the process and don’t conclude that any outcomes were predetermined. In fact, it’s possible the group could suggest the city not create a PILOT system at all, he said. “We want to make sure than when we look at the whole committee, that people can trust that it’s a good group of people.”

Kershaw said he expects to have the group put together by the end of this week, and meetings will be open to the public. Because of that, Kershaw said he doesn’t expect the recommendations to be a surprise when they are made final in August.

How did we get here?
For years, St. Paul collected a right-of-way (ROW) assessment that was based on the street footage of each property. The fees covered a large batch of services related to city streets: everything from sweeping and tree maintenance to plowing, salting, and towing and ticketing during snow emergencies.

But a lawsuit brought by two churches — First Baptist Church of St. Paul and the Church of St. Mary — argued that the ROW assessment acted like a property tax, since it was charged on nearly every parcel in the city for what could be considered basic services. In essence, the assessment was a property tax disguised as a fee, the churches argued. And since nonprofits are exempt from paying property taxes under the Minnesota Constitution, the groups were being taxed illegally.

The court didn’t go that far. But it did rule that the ROW program was overly broad and improperly applied. In response, the council is set to apply new fees that are based on state laws allowing the collection of money for a limited number of services. All property owners — including nonprofits — will pay much lower street maintenance fees than they did under the old ROW assessments.

Yet those fees would pay for fewer services; the rest of the services formerly funded by the ROW assessments will still be performed by the city, but will be funded out of the property tax levy increase. And since nonprofits pay the former but not the later, they will save a significant amount of money under the new plan. The Church of St. Mary, for example, paid $7,324 under the ROW system but would pay $1,157 under the new street maintenance program.

Lessons from Boston?
Those on the council pushing hardest for a PILOT study, including Amy Brendmoen, Rebecca Noecker and Jane Prince, often cite a program in Boston that seeks voluntary contributions from colleges, hospitals and cultural institutions.

Like St. Paul, Boston has a large number of tax-exempt properties. In fact, 52 percent of Boston property — due to its concentration of state and local government, universities and health care complexes — isn’t taxed. (To compare, 27 percent of property in St. Paul and 23 percent in Minneapolis  is tax-exempt.)

Boston’s PILOT system uses a somewhat complex series of calculations to determine what a nonprofit would be asked to pay, a process that takes into account what the nonprofit’s tax would be if it weren’t exempt but also its usage of city services and the benefits it provides to the community.

In 2016, Boston asked for a total of $47.4 million from the city’s nonprofits and received $32 million. Only larger nonprofits, such as colleges, medical centers and arts organizations like the Boston Symphony were asked to take part, and it remains voluntary. Charities — think of services akin to the Dorothy Day Center in St. Paul — were not included in the PILOT in Boston.

To encourage participation, the city releases a list of nonprofits that paid the full amount they were asked and those that did not, a practice that reliably results in headlines like: “Many Boston colleges missing mark on voluntary payments to city.”

That sort of public pressure was mentioned by some St. Paul council members as a method to get nonprofits in the city to pay up.

“You’d need to get some segment of the community to get behind them and say, ‘Shame on you,’ ” Council Member Dan Bostrom said at a February council work session. “I don’t know that that’s going to be a very pretty scenario.”

But Prince said she was less troubled. “We should at least try, and if it involved a little shame, I’m all for that.”

The case of St. Thomas
Doug Hennes is the vice president for government relations at the University of St. Thomas who’s been following the right-of-way litigation since it surfaced several years ago. He said he thinks Kershaw’s committee is a good idea and the university is willing to take part. “Our position here is that we have no position on PILOTS at this time,” Hennes said. “We want to participate in the process.and see what kind of consensus can be developed. I think we can learn a lot from what other communities have done.”

Last year, St. Thomas paid about $55,000 in right of way assessments and expects to be charged around $22,500 when bills go out under the new street maintenance program. In addition, it pays $10,000 a year to neighborhood associations that touch on campus property and another $10,000 to the West Summit Neighborhood Advisory Committee.

Whether it would be willing to pay into a PILOT program is something the university will decide when it sees what that would look like. But Hennes said he didn’t think public shaming would be very helpful.

“I would hope that we could avoid any public shaming and that we can come up with a program that makes sense for nonprofits, whether large or small, and that people are comfortable with and can embrace,” Hennes said. “I just think that given the spirit of cooperation and collaboration that we’ve seen in the city before, I hope we can avoid that.”