Target inched back up the list after falling dramatically last year.
February 29, 2016 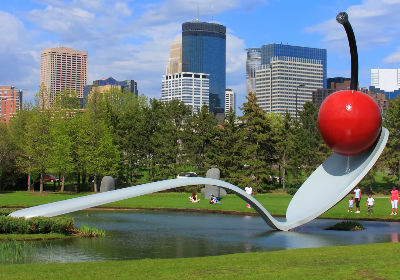 Five companies headquartered or with a heavy presence in Minnesota were named among the world’s most admired, according to an annual ranking done by Fortune magazine.

Minneapolis-based Target was the highest-ranked company at 39th place with headquarters in Minnesota. It’s a bit of a recovery for the company, having fallen about 20 spots last year to 48th as it struggled with issues around its massive data breach and pulling the plug on its Canadian stores. Little Canada-based St. Jude Medical was ranked 40th.

For the ninth year in a row, Apple was named the most admired company. Alphabet—the new parent company of Google—and Amazon were ranked second and third respectively.

The rankings are derived from the Fortune 1000 largest American companies list, as well as international companies with revenues exceeding $10 billion. Executives, directors and analysts were polled on several criteria, including: innovation, people management, use of corporate assets, social responsibility, quality of management, financial soundness, long-term investment value, quality of products and services and competitiveness.

The full list of companies can be viewed here.