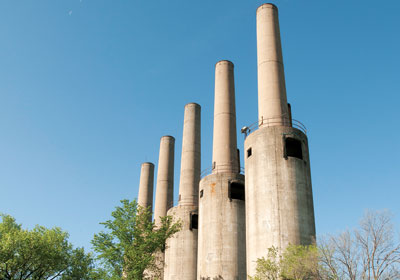 The Minnesota Pollution Control Agency requested the report to determine hazards and clean up needs on the site.
October 10, 2014

The University of Minnesota’s UMore Park has raised plenty of concerns over the years, but physical hazards pose the most on-site risk, according to a state health department report that examined the 5,000 acre site in Dakota County.

Building foundations at UMore Park are crumbling and debris from dump sites are of concern. Because the site doesn’t have any fencing, trespassing has been a problem and could lead to injuries, the report notes.

Formerly the Gopher Ordnance Works site, it was built and operated by the federal government during World War II for the production of smokeless gunpowder, nitric acid and sulfuric acid.

Though the Minnesota Department of Health determined that certain areas of the site have elevated levels of chemicals such as lead, mercury and arsenic, the groundwater poses “an indeterminate public health hazard.” The department still believes further evaluation should be performed.

Currently slated as a gravel and mining site, the University of Minnesota plans to eventually develop UMore Park into a “unique, sustainable, University-founded community of 20,000 to 30,000 people” over the next 25 to 30 years.

Controversy and concern has swirled around the project for years. The Minnesota Daily noted regents were unsure of the site’s future profitability. In 2012, the University was ordered to pay $140,000 in moving expenses after displacing an airport on the site and installing a wind turbine in its place, according to the Star Tribune.

Twin Cities Business detailed the history, plans and concerns about UMore Park in a 2012 article.