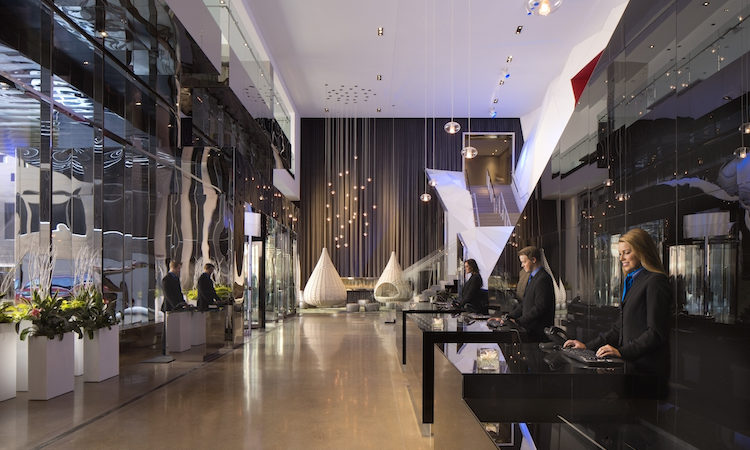 A limited number of gift certificates will be sold on Thursday.
By Allison Kaplan
June 13, 2018

Thursday marks five years since it became possible to shop until you drop…into a bed without leaving the Mall of America. Radisson Blu Mall of America, the first hotel connected to the mall by skyway, will mark its fifth anniversary with a flash sale: $5 hotel rooms.

Radisson Blu MOA’s lowest standard room charge is $143, and rates typically hover closer to $200 or more.  This is the first time Radisson Blu has done a $5 flash sale. Marilyn Miller, the hotel’s director of sales and marketing, says it speaks to the “one-of-a-kind location,” which caters to both corporate and family leisure travelers.

“The key to our success has always been to offer unique, memorable experiences and outstanding customer service. Radisson Blu helped elevate the experience and service to an entirely new level,” says Jill Renslow, MOA’s senior vice president of business development and marketing.

Radisson Blu paved the way for a second hotel, JW Marriott, which opened on the north side of the mall in 2015. “The addition of connected, luxurious hotels has provided us the opportunity to market our entire property – offering everything a visitor or group could want ‘Under One Roof,’” Renslow says.

If you miss out on the flash sale, there’s always cake. Radisson Blu is promoting a special “Celebrate Your Unbirthday with Blu” package for the month of June that includes two slices of “Blu” velvet cake from the hotel’s FireLake Grill House & Cocktail Bar as well as a piÃ±ata, party hats and room dÃ©cor for $209 per night plus tax.