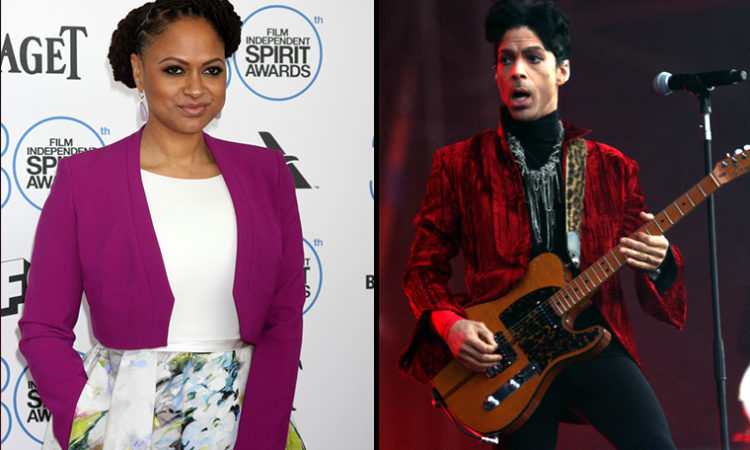 Ava DuVernay (left) is directing the life-spanning documentary about Prince for Netflix.

The renowned filmmaker has reportedly been working on the multiple-part Prince documentary for several months. The project is being supported by the Prince estate.
By Sam Schaust
October 30, 2018

With no shortage of biographical films centered around musicians on the horizon, word that a Prince documentary was in the works could have been taken as just a sign of the times.

On Monday, Oscar-nominated filmmaker Ava DuVernay revealed the rumors were true: For several months she’s been at work on a multiple-part documentary for Netflix.

The project is said to chronicle the late artist’s entire life. Better yet, the documentary has the full support of the Prince estate, which is providing interviews, archival footage, photos and “archive access.” (While the size of the Paisley Park vault remains a mystery to the general public, it’s said to be packed with hundreds or thousands of unreleased songs, recordings, music videos and other treasures.)

“Prince was a genius and a joy and a jolt to the senses,” DuVernay told Deadline. “The only way I know how to make this film is with love. And with great care. I’m honored to do so and grateful for the opportunity entrusted to me by the estate.”

DuVernay’s attachment to the Prince documentary is no small catch. While best known for her directing work on “Selma”, DuVernay hit Hollywood director A-list status in 2018 with “A Wrinkle in Time”. The Disney film was a box office smash and marked the first time a black woman helmed a film with a $100 million budget. The film also grossed over $100 million domestically, making DuVernay the first black woman to break that threshold.

Notably, DuVernay and Netflix have worked together on documentary projects in the past. Two years ago, DuVernay took an in-depth look at the U.S. prison system in her feature-length doc “13th”. Also for Netflix, DuVernay is actively filming a mini-series called “Central Park Five” about the wrongful conviction of five black teenagers in a rape case in New York.

While its unknown when DuVernay’s Prince documentary series will drop, it’s one of at least two major documentaries about the Purple One that are in the works. Apple, in a bid to create exclusive content available only to its device holders, recently acquired the rights to a “Purple Rain”-era project. Details are scarce, but the film is said to center around Prince and the Revolution’s infamous 1983 concert at First Avenue in Minneapolis.