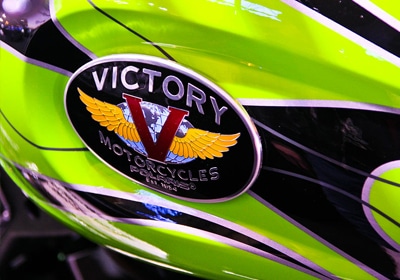 CEO Scott Wine said the 18-year-old subsidiary’s sales peaked in 2012 and had been eating money ever since.
January 19, 2017

Polaris Industries Inc. announced it would immediately cease production of its Victory Motorcycles brand, pulling the plug on a business it created in 1998 to compete directly with Harley-Davidson.

“This was an incredibly difficult decision for me, my team and the Polaris board of directors,” Polaris CEO Scott Wine said in a statement. “Over the past 18 years, we have invested not only resources, but our hearts and souls, into forging the Victory Motorcycles brand.”

The Medina-based motor vehicle manufacturer’s decision to shut down production of its Victory brand was based on several factors, Wine said.

Production of Victory motorcycles had been close to nonexistent in recent years due to shrinking demand. According to Polaris, dealers were selling an average of about 20 Victory motorcycles per year. With approximately 400 dealers in North America selling the bikes, sales totals likely hovered around 8,000 annually.

As a result, the Victory brand represented only 3 percent of Polaris’ $4.7 billion in sales last year, or about $141 million. Three of the past five years have been unprofitable for the brand.

“Our focus is on profitable growth,” Wine said, “and in an environment of finite resources, this move allows us to optimize and align our resources behind both our premium, high performance Indian Motorcycle brand and our innovative Slingshot brand.”

Polaris did not disclose how the Victory brand shutdown would affect employment at its facilities.

The company said it did consider alternatives to shuttering Victory, such as re-launching the brand with new and improved motorcycles. The financial burden of such a task, however, dissuaded Polaris from doing so.

“Given the significant additional investments required for Victory to launch new global platforms … the decision to more narrowly focus Polaris’ energy and investments became quite clear,” the company said in its release.

With Victory gone, Polaris expects to dedicate more money to research and development spending for its Indian and Slingshot brands. While certain dealerships will be shifting floor space to promote Polaris’ remaining on-road vehicle brands, the company said it would “assess opportunities for certain Victory only dealers to become Indian Motorcycle dealers.”

Polaris plans to assist dealers in liquidating their existing Victory inventory and, over the next ten years, supply parts, service and warranty coverage to Victory dealers and owners.

On January 24, Polaris will release its fourth quarter report along with its fiscal 2017 forecast. The one-time costs associated with the Victory shutdown will be applied to Polaris’ 2017 income statement, but excluded from its 2017 guidance report.

News of Polaris ending its Victory brand sent company stock on a nearly 3 percent decline from its $86.56 close on Friday to just above $84 as of mid-day Monday.