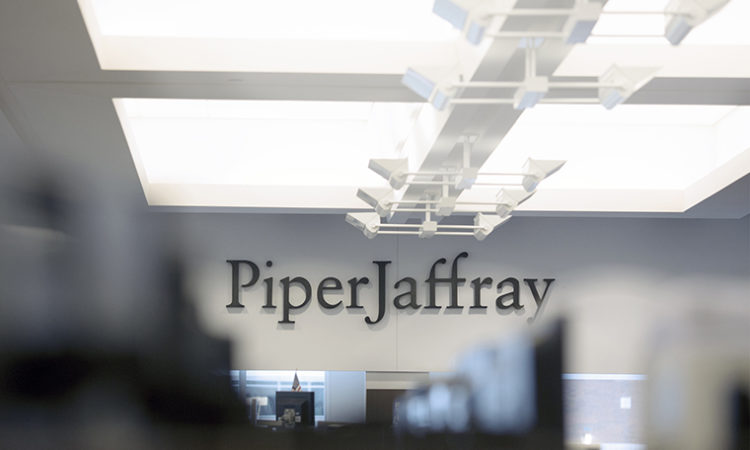 The new companies will operate as Piper Sandler Cos.
By Dan Niepow
July 09, 2019

The newly merged company will be called Piper Sandler Cos.

As part of the deal, Piper Jaffray will pay $350 million in cash to Sandler O’Neill’s equity holders, along with an additional $135 million in restricted consideration to Sandler’s employee partners.

The transaction is expected to almost double revenues for Piper Jaffray’s fixed income business, according to a news release issued Tuesday morning.

The news comes on the heels of another major transaction for Minneapolis-based Piper Jaffray. In May, the company announced that it’s shedding its entire asset management business. That deal was worth more than $60 million, according to the company.

On a Tuesday morning conference call, Abraham said the merger will open up some “fantastic opportunities in some markets where we have some traction.”

“In all honesty, this is going to be a fairly seamless integration,” Abraham said.

Headquartered in Minneapolis, Piper Jaffray has offices across the U.S., as well as in London, Aberdeen, and Hong Kong. Piper JAffray was founded in 1895.