Where to go and what to do when you're not at your desk this wintery month.
By Tad Simons
December 01, 2017

All pop stars have to re-invent themselves every now and then, and Perry’s latest album, Witness, is her attempt at turning that mandate into music. One of Perry’s stated goals is to create so-called “woke” music, or “purposeful pop”—that is, music with a little less confection and a little more consciousness. Fans may or may not embrace this attempt at transformation, but this is for sure: They will show up to find out what all the fuss is about. Dec. 1, Xcel Energy Center, St. Paul, 651-726-8240, xcelenergycenter.com

Rufus Wainwright with the Minnesota Orchestra

Twin Citians have plenty to look forward to when eclectic singer-songwriter Rufus Wainwright joins the Minnesota Orchestra this month. For one thing, Wainwright will undoubtedly please the locals with selections from his acclaimed tribute to Judy Garland, “Rufus Does Judy at Carnegie Hall,” which he reprised last year. Like the Minnesota Orchestra, Wainwright has also done several concerts in Cuba, so expect a sizzling collaboration or two there as well. In any event, most of Wainwright’s oeuvre lends itself to lush orchestration, so there is no shortage of material to choose from. Dec. 2, Orchestra Hall, Mpls., 612-371-5600, minnesotaorchestra.org

The brainchild of MythBusters’ Adam Savage and YouTube star Michael Stevens (Vsauce), Brain Candy Live! has been described as many things: “a cross between TED talks and Blue Man Group,” “a play date with Walt Disney, Willy Wonka and Albert Einstein,” a stage extravaganza that “physicalizes understanding” of everyday science, and a show that stimulates “food for thought,” if not thoughts of food. Whatever. Bring the kids, rev up your sense of wonder and let these guys astound you with the magic of goofily applied physics and chemistry. Dec. 3, Orpheum Theatre, Mpls., 612-339-7007, hennepintheatretrust.org

Well-reviewed in its off-Broadway premiere last year, playwright Colman Domingo’s Dot is just the sort of work that Park Square Theatre has become expert at acquiring: the crowd-pleasing but relevant play that pushes a few envelopes but doesn’t rip them. The title character, Dot, is an aging matriarch who is slipping in and out of dementia, forcing her family to come to grips—and together—to deal with her deteriorating situation. Funny but heartfelt, the action takes place around the holidays, that cherished time of year when family tensions boil over into amusing entertainment. Dec. 8-Jan.7, Park Square Theatre, St. Paul, 651-291-7005, parksquaretheatre.org 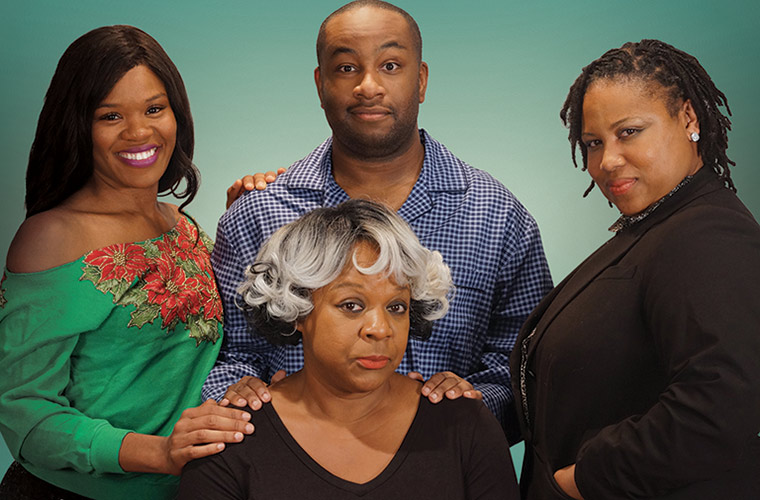