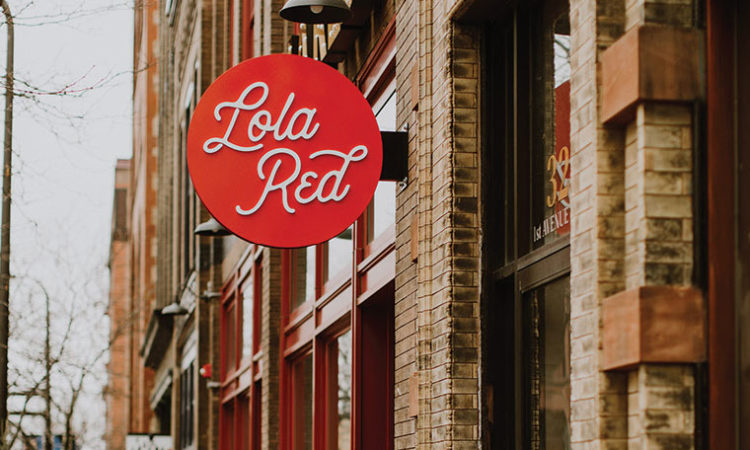 The public relations agency's new HQ is a shining star in the Warehouse District—literally.
By Allison Kaplan
February 14, 2019

You won’t have to search for the street number to find Lola Red’s new headquarters in the Warehouse District—the name shines as bright as a Broadway marquee on the three-story brick building at First Avenue and Fourth Street. The bold entrance sets the tone for an office that is lively, welcoming, and doesn’t take itself too seriously, even as business booms. In the last five years, the public relations firm has doubled its staff to 24 and was bursting out of its former space above Runyon’s restaurant on Washington Avenue. Founder and CEO Alexis Walsko wanted to stay in the neighborhood. This time, she set her sights on the old Bootlegger’s, a three-level space that needed a massive overhaul. Anderson Construction left the brick walls and wood floors intact. There are no corner offices; Walsko sits side by side with the rest of her team. “Alexis really emphasized that they needed seating areas and places to work other than their desks,” says interior designer Martha Dayton. So the kitchen, which can easily fit 25 at its large center island, has become the prime gathering spot for independent work and staff meetings. At least until springtime, when Walsko plans to take full advantage of the large second-floor deck. 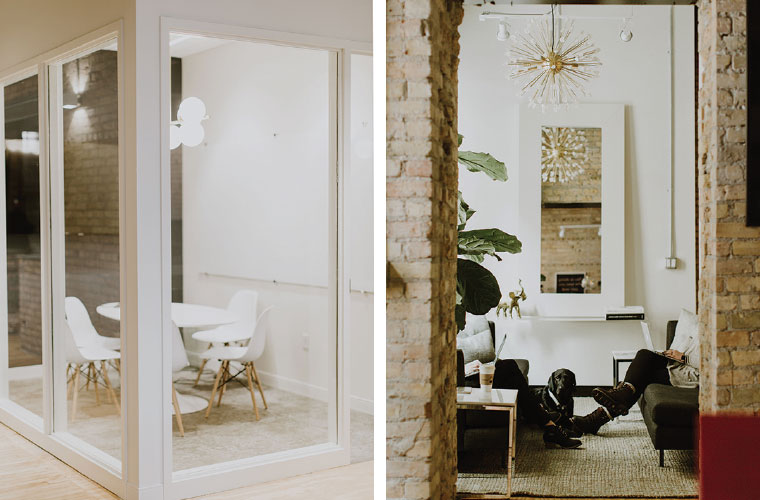 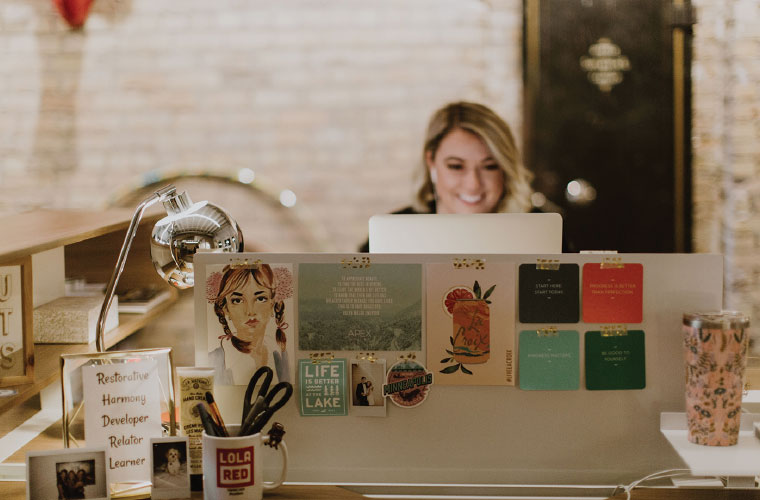 “To make the work environment happy, healthy, and collaborative, it meant carpet in lots of areas, good art, and great lighting,” says interior designer Martha Dayton. She used a mix of commercial lighting and residential fixtures for a warmer feel. 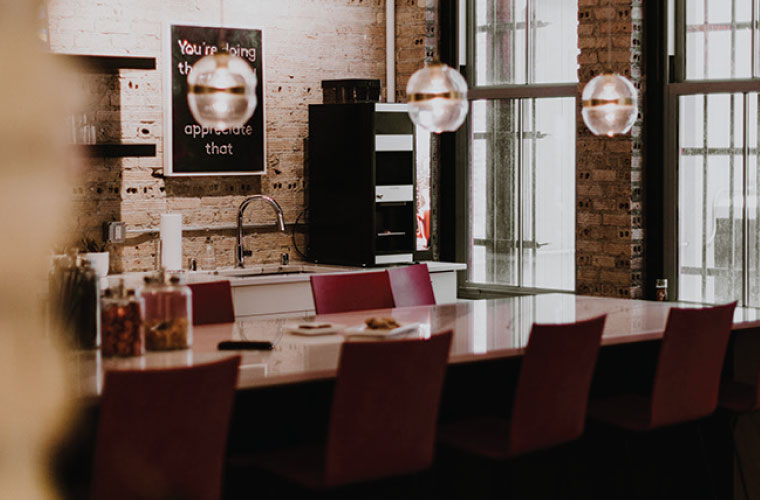 Red seemed too obvious, so the accent colors are navy and fuchsia. “Both timeless colors that look great together,” Dayton says, “especially with the play of the old brick walls and the original floors.” 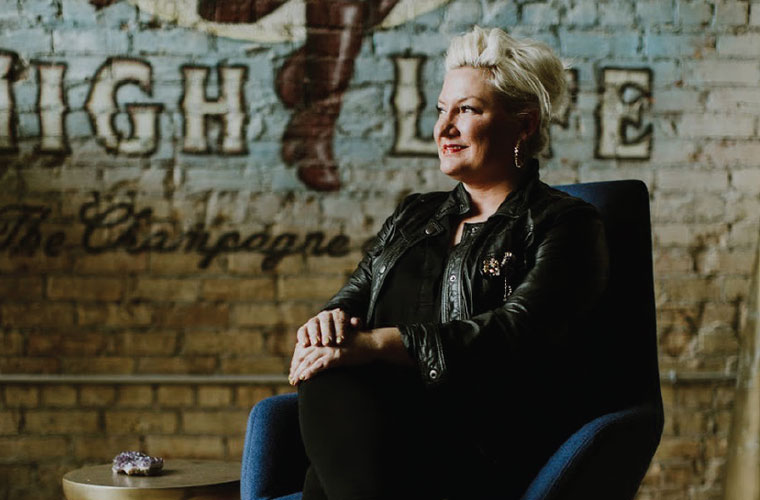 “If you build a nice-enough space, people will want to gather and collaborate,” says founder and CEO Alexis Walsko. 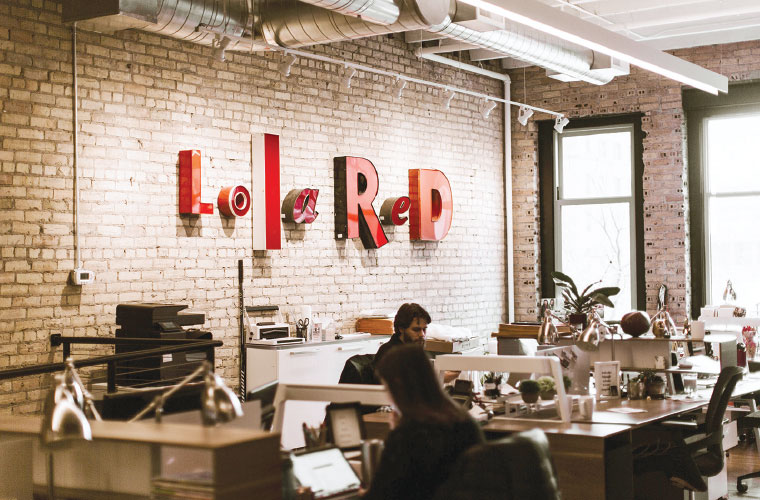 “If you build a nice-enough space, people will want to gather and collaborate,” says founder and CEO Alexis Walsko.
See all stories by this author >