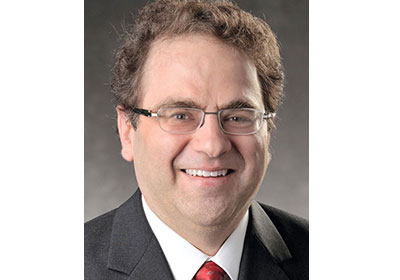 How a central banker’s views evolved and moved him from being a dissenter to a leading advocate of the Federal Reserve’s policy of keeping interest rates low.
March 17, 2013

The Federal Reserve Bank of Minneapolis on Monday issued its 2012 annual report, which begins with a question-and-answer essay by the bank’s president, Narayana Kocherlakota, entitled “Better Policy through Better Communication.”

The Wall Street Journal bestowed a better title, “Dr. Kocherlakota, or How I Learned to Stop Worrying and Love Quantitative Easing.”

The newspaper’s title summarizes the central message of the essay: How a central banker’s views evolved and moved him from being a dissenter to a leading advocate of the Federal Reserve’s policy of keeping interest rates low (quantitative easing) for the foreseeable future. It’s an important story that developed over the past three years.

To understand what’s happened, you’ll need a little background. The U.S. Constitution gives Congress ultimate power over monetary policy. (“To coin Money, regulate the Value thereof.”)  Congress created the Federal Reserve System in 1913 after more than a century of various monetary experiments. The system originally consisted of 12 regional banks, all equal in stature and each with its own board of directors, along with a Federal Reserve Board to coordinate and supervise the regional banks.

The Fed conducts monetary policy through open market operations, which consist of buying and selling Treasury securities to maintain a target level of interest rates. The specific interest rate targets are set by the Federal Open Market Committee (FOMC), and are chosen to either speed up or slow down the economy. For instance, by cutting interest rates the Fed makes it cheaper for businesses and households to borrow and thus encourages more spending. (A description of the FOMC is here.)

The Fed’s policy objectives were spelled out by Congress in 1978 by what is known as the Humphrey-Hawkins Full Employment Act. The act created what has come to be known as the Fed’s dual mandate, since it requires the Fed to promote both maximum employment and stable prices.

The dual mandate sets the Fed apart from most other central banks, which focus exclusively on inflation in order to maintain stable prices. By contrast, Congress requires the Fed to set monetary policy in such a way as to keep both the inflation rate and the unemployment rate low and stable. The dual mandate also leads to friction within the Fed as governors and presidents put different weights on the importance of inflation versus unemployment in economic health.

Kocherlakota took over as president of the Minneapolis Fed on Oct. 8, 2009, and as a Reserve Bank president automatically became a member of the FOMC. By this time, in the face of the 2008 financial crisis and recession, the FOMC had used open market operations to keep the federal funds rate at roughly 0 percent since November 2008. (The federal funds rate is the interest rate that banks charge each other on overnight loans.)

The Fed had never kept interest rates this low for an extended period of time, and arguments were breaking out on the FOMC over the efficacy of this policy. On one side were members who wanted to maintain low interest rates to help drive down unemployment, which at the time was over 9 percent. The other side was worried that low interest rates, and the high rates of money growth associated with this policy, would lead to accelerating inflation that could get out of control. The two groups came to be known as inflation doves and inflation hawks.

At first Kocherlakota did not have a vote on the FOMC since the Reserve Bank presidents rotate in and out as voting members of the committee. However, by 2011 Kocherlakota was a voting member and on Aug. 9, 2011, he sided with the inflation hawks and dissented from the FOMC’s policy decision to keep interest rates low. He argued that inflation was starting to creep up and that continuing to keep interest rates at extremely low levels ran the risk of allowing inflation to jump.

Kocherlakota’s dissent wasn’t a surprise to those who read his 2010 annual report essay,“Labor Markets and Monetary Policy,”  in which he wrote: “I suspect that information about aggregate labor market quantities like unemployment will remain — at best — a noisy indicator about the appropriate stance of policy. Instead, I will be paying close attention to the behavior of core inflation.”

In other words, Kocherlakota thought that unemployment rates were too volatile and imprecise to tell us much about the state of the economy, and so he would use the inflation rate as his guide to setting monetary policy. Since inflation had crept up in the summer of 2011, it made sense to Kocherlakota that the Fed prepare the ground for higher interest rates in order to tamp down the inflation threat.

Shortly after Kocherlakota’s dissent, another member of the FOMC, Charles Evans, gave a pair of speeches (here and here) that changed the conversation.

Evans, president of the Federal Reserve Bank of Chicago, formulated what has come to be known as the “Evans rule:” “I think we should consider committing to keep short-term rates at zero until either the unemployment rate goes below 7 percent or the outlook for inflation over the medium term goes above 3 percent.”

The Evans rule became fodder for discussions in academic settings, blog posts and newspaper commentaries through the rest of 2011 and into 2012. Most surprisingly, in September 2012 it drew praise from an unlikely source: Kocherlakota.

On Sept. 20, 2012, in Ironwood, Mich., Kocherlakota delivered a speech with the provocative title “Planning for Liftoff.” The core of his proposal was a variant of the Evans rule:

“As long as the FOMC satisfies its price stability mandate, it should keep the fed funds rate extraordinarily low until the unemployment rate has fallen below 5.5 percent. By ‘satisfies its price stability mandate,’ I mean that longer-term inflation expectations remain stable, and the medium-term outlook for inflation is within a quarter of a percentage point of the Fed’s long-run target of 2 percent.”

Everyone was taken by surprise. Here was a Fed president publicly changing his position from being hawkish about inflation to proposing a trigger mechanism that linked the FOMC’s interest rate policy to the unemployment rate. Kocherlakota put himself on the side of unemployed Americans and made clear that the Fed had to take its dual mandate seriously.

When the FOMC issued its statement on Dec. 12, 2012, it was clear that Evans and Kocherlakota had carried the day. The FOMC announced:

“The Committee decided to keep the target range for the federal funds rate at 0 to 1/4 percent and currently anticipates that this exceptionally low range for the federal funds rate will be appropriate at least as long as the unemployment rate remains above 6-1/2 percent, inflation between one and two years ahead is projected to be no more than a half percentage point above the Committee’s 2 percent longer-run goal, and longer-term inflation expectations continue to be well anchored.”

In three years, Kocherlakota went from being a new Reserve Bank president who was identified as an inflation hawk to a veteran who helped convince his colleagues to tie their interest rate decisions to changes in the unemployment rate.

There have certainly been negative reactions to Kocherlakota’s changing policy stance. However, it’s clear that Narayana Kocherlakota has become an intellectual and political force within the Federal Reserve.