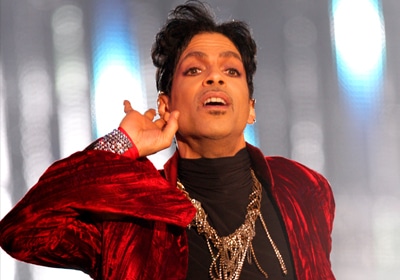 UPDATE: Carver County District Judge Kevin Eide approved Comerica Bank & Trust's application to take over as the special administrator for Prince's estate on Thursday morning. What remains to be decided is who all makes up Prince's estate. So far, Eide has indicated that Prince's sister Tyka Nelson and five half-siblings will be factored in, but there are other appeals to consider.

The Carver County District Court is holding a probate hearing on Thursday morning to discuss which bank should serve as the special administer for Prince’s estate.

Since May, St. Paul-based Bremer Trust has acted as the temporary administrator for Prince’s estate. Bremer, however, elected not to stay on as the estate’s permanent administrator, leaving Prince’s siblings in charge of finding a new bank to handle the management and distribution of the late, iconic artist’s belongings, which are estimated to be worth between $100 million and $300 million.

Currently, Comerica Bank and Trust N.A. is the top candidate, Billboard reports, after four of Prince’s half-siblings expressed preference for the Ann Arbor, Michigan-based institution. New York City-based Fiduciary Trust had also been in the running, but it abruptly withdrew its bid Wednesday morning.

Hours later, Prince’s sister Tyka Nelson and half-brother Omarr Baker jointly submitted a request to extend the time they had to petition against Bremer’s discharge by 60 days. As heirs to the estate, Nelson and Prince’s five half-siblings have been scrambling to prepare tax filings before the January 21 deadline for state and federal tax documents approaches.

Bremer insists it plans to stay on as a temporary administrator until a replacement is chosen, and that it has already prepared preliminary filings related to the estate tax.

Due to Prince dying in the state, roughly half of the value of the superstar’s estate is likely to be claimed by taxes.

Many of the items in Prince’s estate have yet to receive valuations. Among his assets when he passed away in April were a dozen properties scattered across Chanhassen, Excelsior, Golden Valley and Minneapolis; excess of $6 million in cash under his four companies; 67 solid gold bars valued at nearly $840,000; and a number of instruments, motorcycles, musical and video recordings, awards, and the many trademarks attached to Prince’s name. (A full list of assets under Prince’s estate can be found here.)

In order to help pay the bills associated with valuing Prince’s estate, his heirs had the artist’s Chanhassen home transformed into a museum. Paisley Park officially opened to the public in October.

Licensing deals have been another cash-generating avenue. The most recent licensing partner came on Tuesday when Prince’s estate signed Bravado on to serve as the exclusive branding and licensing partner for Prince’s brand. The New York City-based brand management company will handle all future retail and merchandising endeavors related to Prince’s likeness.

Bravado is a subsidiary of Universal Music Group, who Prince’s estate also recently chose as the exclusive publisher of the reportedly thousands of unreleased recordings that had been locked away in a vault at Paisley Park.