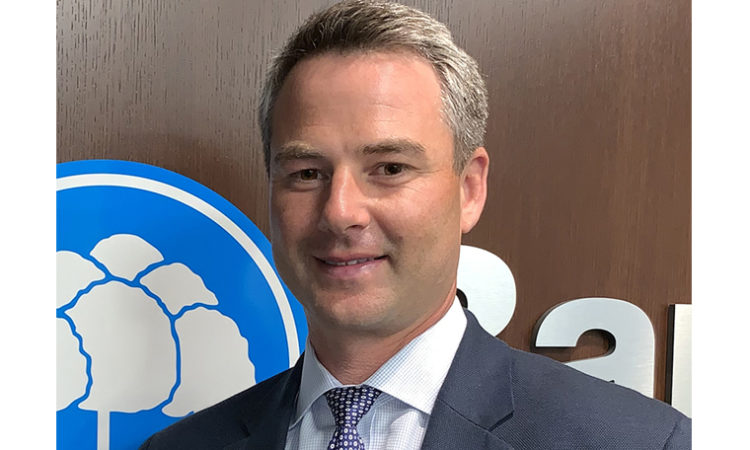 Brooks Bollinger spent six years in the NFL—two with the Vikings—before moving to coaching and later to the financial industry. He most recently worked at NorthRock Partners.
By Amanda Ostuni
July 17, 2019

Though it’s his first role with Bell Bank, Bollinger isn’t new to finance. The Grand Forks, North Dakota, native has been working in the industry since 2014, according to his LinkedIn account. He first moved into the financial sector with a job as an advisor for Freedom Financial Partners. Prior to that, he spent six seasons in the NFL from 2003-2011.

Bollinger began his professional football career with the New York Jets. After three years with the team, he joined the Minnesota Vikings in 2006. He played for the Vikings for two seasons and finished his career with the Dallas Cowboys. He then worked coaching jobs at high schools and colleges, most recently serving as head coach for Cretin-Derham Hall, a private Catholic high school in St. Paul.

In a statement, Bell Bank said Bollinger has taken the teaching, coaching and mentoring skills he developed through football and applied them to finance. Most recently, he worked at NorthRock Partners, where he has served as a private wealth advisor and vice president since 2017. Last month, NorthRock added another former athlete to its roster: NBA star Tony Parker.

“We are very excited about having Brooks join our team,” said Patrick Chaffee, executive vice president/banking and wealth management at Bell. “He brings a unique perspective and set of experiences, and he shares the positive values and culture we’ve built at Bell.”

Bollinger joins a team that’s spread across three states. Bell has more than $6 billion in assets.