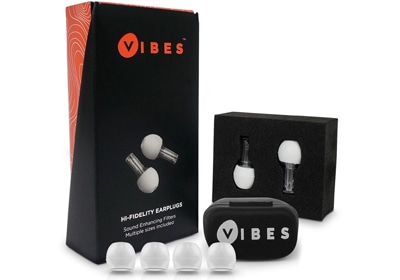 The company produces earplugs that protect your ears at live events without sacrificing the sound quality.
January 22, 2017

Jackson Mann, a Wayzata native who founded local startup Vibes, will pitch his business to the six-person panel of “shark” investors on an upcoming episode of Shark Tank.

Following the show’s format, Mann will attempt to wow the sharks before offering an investment deal in exchange for stake in his company. Whether Mark Cuban, Robert Herjavec or any of the other sharks decide to bite on Mann’s offer will be revealed on Friday, January 27 at 8 p.m. on ABC.

Minneapolis-based Vibes is a producer of high-fidelity earplugs geared toward live music and entertainment settings. Unlike traditional foam earplugs, Vibes earplugs filter acoustics to lower the decibel level, allowing for a concertgoer or event attendee to listen to the show without damaging their ears.

To develop its product, Vibes used the University of Minnesota’s Audiology Department for product testing, and collaborated with local music vendors like the Target Center and Skyway Theater.

“As of the Shark Tank experience, Vibes had not received any outside investment and was self funded,” Mann told TCB. If any of the sharks opt to invest, it could mean big business for Vibes.

Last January, another local company, Extreme Sandbox, received funding from the sharks. At its Hastings site, customers can pay for the experience of destroying a car or perform other activities from the seat of an excavator, bulldozer or other heavy equipment. Shortly after the company’s Shark Tank experience, it opened a new location in Pottsboro, Texas.