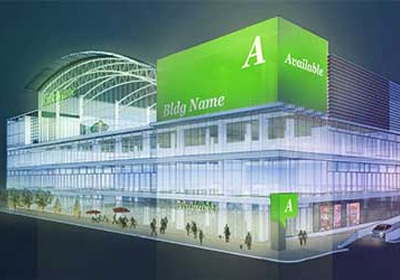 Twenty percent of the awarded grants will go to decontaminating the Macy’s building of asbestos and lead-based paint.
July 09, 2015

The grants are meant to clean up 22 acres of land and are estimated to create more than 900 jobs and 800 affordable homes. The Met Council expects this will increase the net tax base by more than $2.8 million and encourage over $338 million in investment opportunities.

More than $700,000 will be used to transform the vacant Macy’s building in St. Paul into 373,000 of commercial space, featuring a rooftop hockey practice facility for the Minnesota Wild. The revamped structure will also offer space for restaurants, offices, retail and medical clinics.

“We like the site, we like St. Paul,” said Jamie Spencer, vice president of new business development and assistant to the chairman for the Wild. “We have been looking for a long-term solution for an out-of-Xcel practice space [for a while].”

After the St. Paul Port Authority purchased the Macy’s building in January 2014 for $3 million, rumor spread that the Wild were eying a move onto the site. But development halted after estimates determined it would cost $13 million to demolish the building and that renovating the structure would be more cost effective. Grant money from the Met Council will go toward asbestos and lead-based paint elimination from the 2.2-acre site.

“It is a very large facility, much larger than we would need, because we only practice for one to two hours a day,” said Spencer. “Fortunately, it’s a multi-use facility that could be used in a lot of different ways: adult hockey leagues, figure skating, other events.”

A total of 16 grants were awarded that will not only affect St. Paul, but separate projects in Hopkins, Maplewood, Minneapolis and St. Louis Park as well. The largest sum, amounting to nearly $800,000, will be used for soil remediation, vapor mitigation and groundwater monitoring at the empty, former Superior Plating site. Market-rate apartments will be constructed in its place.

All grants were given as part of the Livable Communities program, organized by the Met Council with participation of more than 90 metro-area communities. Since 1995, more than $12 million has been awarded to fund more than 400 cleanup projects, while $6 billion has been leveraged in private investments. More than 46,000 jobs and 6,000 housing unites have been created, while a $100 million increase in net tax capacity has been recorded.