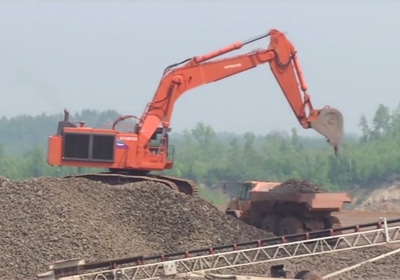 Matthew Stock, a 25-year veteran of the metals and minerals business, took over the position on Friday.

Prashant Ruia, a member of Essar’s board, said in a statement that the company “recognized that a change in leadership was needed.”

Essar has long been embroiled with state officials over project delays, debt repayment and unpaid contractor fees at its 7 million ton per year iron ore mine and pellet plant operation in Nashwauk.

“The experience that Matthew brings to the table is a critical ingredient in our strategy to finally realizing the vision we originally had when we first began investing” in the $1.9 billion project, Ruia said.

Frustrations with Essar hit a critical point last week when Gov. Mark Dayton instructed the Department of Natural Resources to terminate Essar’s mineral lease agreements. The project in Nashwauk had been an ongoing effort since 2007.

“The company has been told for the past nine months that the state would not extend those leases beyond July 1, 2017 unless it paid the full amounts it owed to Minnesota contractors and showed that it had the ability to carry its current construction project through to completion,” Dayton said at the time. “The company has not done so, and has provided no reliable assurances that it will be able to do so in the foreseeable future.”

Dayton spokesman Matt Swenson told Twin Cities Business on Friday that the governor's office had no comment on the sudden CEO switch.

Meanwhile, Vuppuluri, who had served as CEO of Essar since 2007, has been moved to a new leadership position within Essar Capital, a department within India-based parent company Essar Group.

Reports indicate Essar’s new CEO Matthew Stock was previously the managing director of Stemcor Holdings Lt., which operated an iron ore and pellet operation in India. That company also struggled with debt and, in 2013, Stock was let go from his position after a failed buyout bid for Stemcor.

In a statement, Stock said he was “very excited to get the [Nashwauk] project back under way.” He added that Essar would still “face many challenges, but over coming them will be more than worth it when the plant goes online and becomes the lowest cost iron ore pellet producer in the U.S.”

Nevertheless, Essar's financial struggles and lack of state support may see the company removed from the project. Dayton has already expressed his support for Cliffs Natural Resources to take control. The answer to which company will be chosen to finish the project will likely be decided in bankruptcy court.