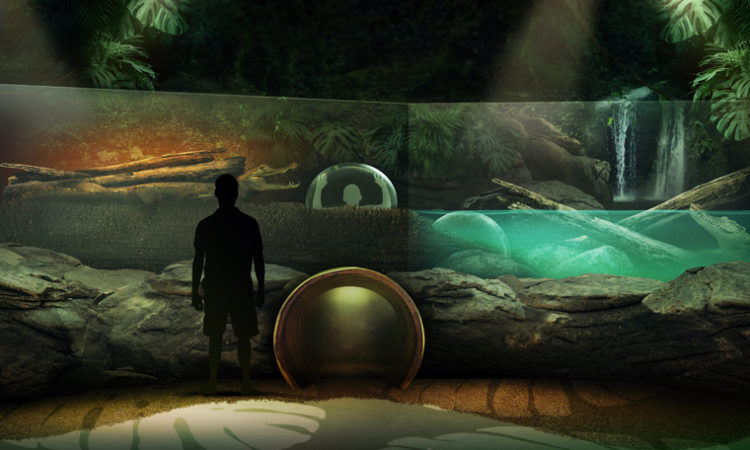 A rendering of the pop up crocodile tanks planned as part ofÂ the Mall of America Sea Life Aquarium update. (Photo courtesy of: Sea Life)

The $1 million project, set to be completed by next spring, is transforming an existing exhibit space into a section that will feature close encounters with crocodiles, piranhas, cockroaches, snakes, and more.
By Amanda Ostuni
December 13, 2018

Mall of America is getting some new inhabitants next year with the expansion of its Sea Life Aquarium. The $1 million project will transform one of the aquarium’s largest exhibit spaces into a “Brave the Rainforest” adventure featuring an array of scary-cool rainforest creatures.

With “Brave the Rainforest” based on a theme of “face your fears,” one of the pop-up tanks will invite families to crawl into a dome full of flying cockroaches. Similarly, there will be two “pop-up bubbles” — one on the surface and one underwater — where visitors can come face to face with caiman crocodiles. In the Ranger Camp area, visitors can get close to or touch blue-tongued skinks, a tarantula, snakes, and more. Two hundred piranhas will be circling in their own tank, too. 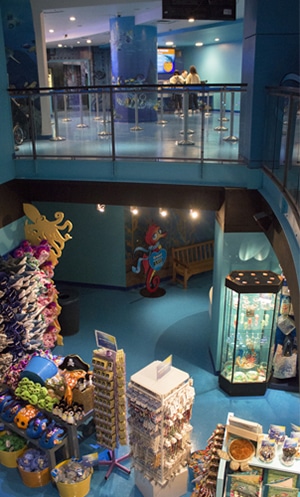 The new exhibit is expected to open spring 2019, roughly the same time SeaQuest is opening its own aquarium at the Rosedale Center in Roseville.

According to John Sullwold, PR manager for Sea Life and Legoland Discovery Centers, North America, the “Brave the Rainforest” is part of a two-pronged update plan the Mall of America laid out years ago.

First round updates include a re-done lobby and gift store. Construction on the space — located at the front of the aquarium — began in October. The two-and-a-half-story “Brave the Rainforest” section is the second phase of the plan.

“With this project, we are truly transporting Mall of America guests into a whole new world from the moment they enter Sea Life,” said Sullwold in an email.

Those interested in the new adventure can take advantage: From now through the end of the year annual aquarium passes are being discounted by 40 percent.