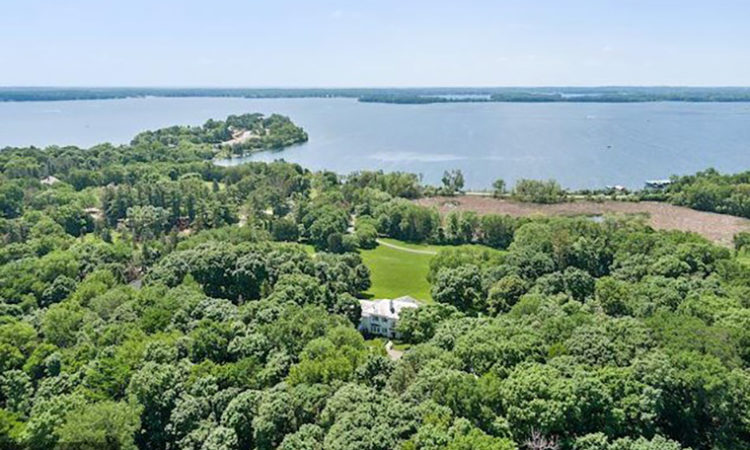 An aerial shot of the more-than-20-acre property. (Photo from Coldwell Banker Burnet)

Late businessman Irwin Jacobs’ mansion on Lake Minnetonka is up for sale.

Coldwell Banker Burnet listed the more-than-20-acre estate June 13. Earlier this spring, Jacobs was found dead on the property after apparently shooting and killing himself and his wife, according to the Hennepin County Medical Examiner. Jacobs was a well-known leader in the business community.

The six-bedroom home, which features eight fireplaces and 10 bathrooms, was built in 1939, according to the listing on Coldwell Banker Burnet’s website. The asking price for the estate is $11,995,000.

“From a land perspective, it features lake shore on both ends of the property,” Steadman says. “Obviously on Lake Minnetonka, that’s hard to find.”

Bonnie Velie is the property’s other listing agent.