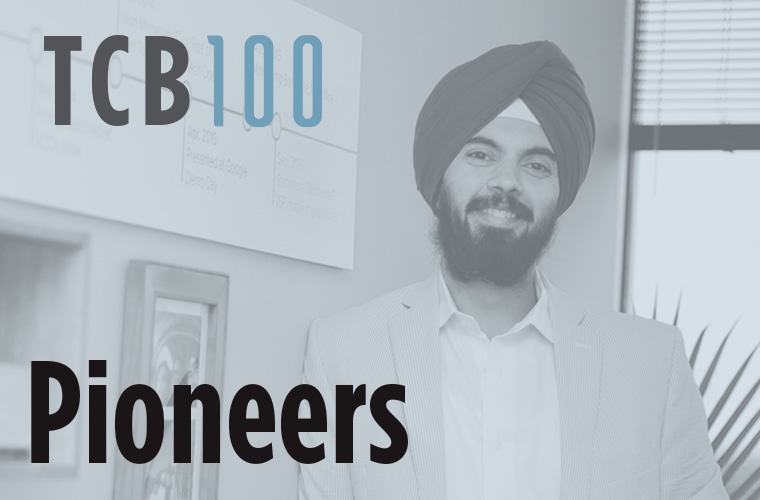 Stuart Ackerberg is a big name in Uptown: His company owns a large share of commercial properties in the neighborhood, including Calhoun Square. And its portfolio is growing. In July, the Ackerberg Group acquired the Williams Pub building, with a plan to renovate the property to give it more curb appeal. The biggest news is that Ackerberg is just wrapping up development of MoZaic East, a new 197,000-square-foot office building along the Midtown Greenway. Co-working giant WeWork is bullish on Uptown and will lease about half of the new building.

Nick Beste launched Mighty Spark Food Co. in 2010 at the Minneapolis Farmers’ Market. Four years later, his craft meat products hit store shelves, and today Mighty Spark’s fresh meats are sold at more than 5,000 stores in 46 states, including Target nationwide. Mighty Spark is brightening up the meat aisle with products like queso fresco jalapeÃ±o turkey patties, as well as waffle and maple chicken links. The Minneapolis company ranked 1,369 on Inc.’s 2018 list of fastest-growing U.S. companies, with 2017 revenue of $5.4 million and a three-year growth rate of 346 percent. Beste’s goal is to break into 10,000 more stores by 2020.

Matt and Ed Cannon
Director of growth and CEO
Zivix

In 2015, this son-father duo kicked off one of the best-funded Minnesota-based Kickstarter campaigns in history, raising more than $800,000 from nearly 3,000 backers. Founded in 2009, Golden Valley-based Zivix is the music software and technology firm that created Jamstik, a wireless digital guitar, and AirJamz, a Bluetooth guitar pick that translates arm movements into music. In May, the Cannons launched another crowdfunding campaign for two new versions of Jamstik, which raked in more than $600,000. Zivix seems to launch a new product every 12 to 18 months, so keep your eyes peeled for its latest invention.

Tom Hanson has put a lot on Duluth’s plate. He opened the Duluth Grill in the Lincoln Park neighborhood west of downtown in 2001, and its farm-to-table offerings made it a hit with locals and visitors looking for something off the beaten Canal Park path. Last year, Hanson opened OMC Smokehouse, a barbecue restaurant a few blocks from the Duluth Grill that has become instantly and insanely popular. But there’s more on the menu. The visionary Hanson was one of the driving forces behind the Lincoln Park Craft Business District, helping convert a once down-on-its-luck neighborhood into a thriving destination featuring artists, cut-and-sew businesses, craft breweries, and the weird and wonderful Love Creamery. It’s also home to Hanson’s newest hit, Corktown Deli and Brews.

While Minnesota’s future with marijuana is still hazy, Kyle Kingsley and his physician-led company Vireo Health remain steadfast in their goal to “medicalize” cannabis. The ability to quantify the dosage of cannabis has long been the mark of medical marijuana’s acceptance in the health care field, and Kingsley hopes to have Vireo Health among the companies at the forefront of expanded cannabis legalization. To focus for the challenge ahead, Kingsley stepped down from his CEO role at Vireo Health subsidiary Minnesota Medical Solutions in August to focus on Vireo Health’s next steps, which could include an IPO in Canada.

Former Marine Sergio Manancero founded his brewing company in 2016. A testament to Manancero’s own roots—he’s the son of Uruguayan immigrants—La DoÃ±a is the Twin Cities’ first Latin-owned brewery, and it’s meant to be a new kind of destination. After operating out of a van and borrowed brewing space for two years, he landed his first location in 2018—La DoÃ±a CervecerÃ­a in Minneapolis’ Harrison neighborhood. It features a taproom, art gallery, outdoor patio, and soccer field. In 2019, Manancero will look to expand La DoÃ±a’s offerings, adding a soccer league, salsa nights, and concerts.

Natalie Morrow has worked to boost the Twin Cities’ black community involvement in the arts since launching the annual Twin Cities Black Film Festival in 2002. This year, she went further, debuting the biannual Black Fashion Week MN. In 2019, Morrow plans to launch a Kickstarter campaign to purchase a building she can turn into a movie theater and fashion house, with the same mission to provide a platform for local creatives and encourage others in the community and beyond to take note. When she’s not forging a path for black artists, Morrow hosts events under her Morrow Group and is a finalist for an entertainment management gig for the NCAA Final Four in Minneapolis in 2019.

Rob Phythian is a sports tech godfather in the Twin Cities. Back in 1993, he and Paul Charchian co-founded Fantasy Football Weekly, which morphed into Fanball.com, a source for fantasy football stats. He later co-founded the information-driven SportsData, which was sold to global firm Sportradar in 2013. Today, Phythian leads Minneapolis-based SportsHub Technologies, which operates gaming sites and works with media companies to develop interactive games and mobile apps. SportsHub has also acquired several smaller firms. In the wake of a recent U.S. Supreme Court decision clearing the way for states to legalize sports gambling, SportsHub has a strong hand to capitalize on that future market.

When Dick Radatz left affiliated professional baseball and co-founded the Northwoods League in 1993, minor league baseball was a shambles in the Upper Midwest. Observers scoffed at his belief that the magic of the legendary Cape Cod summer league—where college players domicile in small towns and compete like professional ballplayers—could be transported to the rural Midwest. But a quarter-century later, with the Northwoods League thriving from Bismarck to Traverse City, about to enter the Twin Cities and Milwaukee metro areas, and seeding players around MLB with solid pro baseball careers, Radatz looks downright visionary.

Deepinder Singh can turn a building into a smart building using software, sensors, and a central control unit. The system drives desired conditions in each room, plus energy management and conservation. A Harvard study found that optimized temperature and indoor air-quality settings make workers feel more satisfied, which leads to an increase in overall productivity. The company has won numerous awards totaling over $1 million and is listed as one of the 100 most disruptive companies in the world by Disruptor Daily. Thanks to Singh, Minnesota will likely remain a vibrant center of the next-generation buildings control industry.

Bo Thao-Urabe’s position at the Center for Asian American Leaders brings with it numerous speaking engagements, advisory roles, and opportunities to promote the voices and perspectives of Asian Americans. She is frequently called on to testify before government agencies, speak at community events, and advocate for racial justice. She also co-founded the social enterprise RedGreen Rivers, which acts as a sales and marketing intermediary for artisans and artists in Laos, Thailand, and Vietnam. RedGreen Rivers helps makers reach global customers, preserve traditional craft methods, and earn money to build wealth in local communities.

As a player, Lindsay Whalen led the Gopher women’s basketball team to its only Final Four appearance in 2004. The talented point guard and team leader attracted thousands of new fans and filled arenas. She had the same effect when she joined the Minnesota Lynx, where she was part of four WNBA championships. Whalen, a two-time Olympic gold-medal winner, has been responsible for generating interest in women’s basketball in Minnesota. Retiring as a professional player after 15 years, Whalen became the new Gophers coach with high expectations of returning the Gophers to the Final Four.

Minnesota United FC was midway through its inaugural Major League Soccer season, and construction had just begun on its new $200 million stadium in St. Paul, when owner Bill McGuire announced that longtime Minnesota Timberwolves president Chris Wright was switching teams. As an Englishman and a former soccer goalie, Wright was a natural for the job of guiding a new MLS franchise through its initial growing pains. His pioneer status as a local soccer advocate can be traced all the way back to the 1980s, when he was general manager of the Minnesota Strikers indoor pro team.