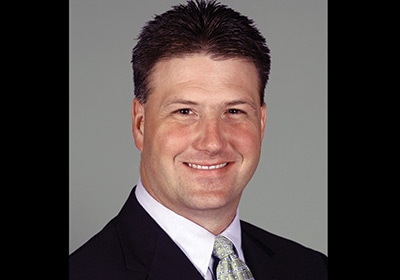 A Shakopee native with a law degree from William Mitchell, Joe Witt’s organization represents 95 percent of Minnesota banks, from small community banks to giants like U.S. Bank. He discusses how he provides a voice for Minnesota’s banks, which are encountering seismic industry changes.

MBA applauded certain aspects of financial reform and criticized others. What’s the most productive piece, and what did you find most detrimental?

The stated purpose of [the Dodd-Frank act] was to rein in Wall Street abuses and to prevent future bailouts of financial institutions. The closer that provisions of that law were to those purposes, the more we liked it. Things that had nothing to do with the crisis and were just micro-managing the good players in the marketplace, that’s the stuff we had major problems with.

A lot of people say, “Well, if they were doing it right in the first place, why do you care about the additional regulation?” We care because it adds tons of cost. [Banks] have to hire more people internally; their audit costs go up; bank examiners spend more time with them, so their costs of regulation go up. Our question is, “If you have all those additional costs, what are the additional benefits?”

The other major challenge is that our two biggest competitors have really big advantages over us, especially tax advantages. Credit unions are huge competitors and are income-tax-exempt. The other competitor that has huge advantages is the Farm Credit System—they are a government-sponsored enterprise and have huge tax, regulatory, and funding advantages. Banking is probably the only industry that has two competitors that are so incredibly tax-advantaged, and that puts a lot of pressure on banks as they try to compete.

In Minnesota, how can smaller banks remain competitive?

Back in 2000, we had over 500 charters in the state of Minnesota, and now we’re down to about 360. So there has been a lot of consolidation, and that has been one of the responses to these headwinds. On the other hand, the banks that are in it for the long haul—the ones that are making moves to grow during this time—are committed to their business and they’re making the most of these challenging times.

The banking industry has always been very resilient. We have always responded to different challenges, and I think it’s a testament to the owners and the managers of these financial institutions competing even though they have these additional challenges.

How will Minnesota’s banking industry differ in five years?

One change we’re seeing is in payment systems. It used to be that banks had a 100 percent lock on the payment system between credit cards and bank accounts. You needed banks as a financial intermediary when you went to the store. You wrote a check or you used cash that you withdrew out of your account. Now there are lots of different payment options [such as] PayPal and stored-value cards issued by Wal-Mart. How that’s changed, and how the marketplace and the government deals with it through regulation, will be interesting to watch over the next five to 10 years.